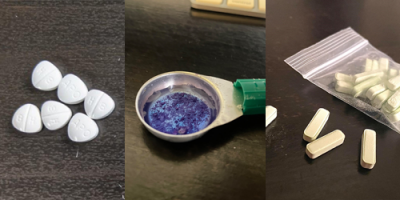 In 2020, Health Canada started to hold consultation meetings with key stakeholders to review federal regulations governing overdose prevention sites (OPS) and supervised consumption sites (SCS). While multiple recommendations and suggestions were brought forward, one that was repeatedly identified by people who use drugs and other stakeholders as being of top concern was the inability to split and share drugs within OPS/SCS settings.

Splitting and sharing implies acquiring, separating and/or transferring drugs between individuals, a common practice among people who use drugs. However, it is currently prohibited within federally exempted OPS/SCS settings. We wanted to know firsthand from people who use drugs and OPS/SCS operators the impacts of this restriction.

To explore this topic, members of the Urgent Public Health Need Site (UPHNS) Community of Practice and the Canadian Association of People who Use Drugs (CAPUD) formed a working group to survey 140 respondents across Canada who either use OPS/ SCS or work at these sites as service providers. The collected responses from the online survey offered insights into the impact of this specific restriction on both staff and people who use drugs.

Here are five important takeaways from the survey:

1. Splitting and sharing should be allowed at OPS/SCS.

Some examples of these proposed conditions could include limiting clients to sharing with those who visit the site with them, making OPS/SCS staff aware of the intention to share, prohibiting the on-site exchange of money or other payment between sharing individuals, and testing drugs before sharing.

Of the 8% of respondents who believe splitting and sharing should not be allowed, many are from Alberta, where SCS/OPS are under threat of closure, and reported having worked in (rather than accessed) an OPS/SCS in the past. The vast majority of OPS/SCS clients support the practice at OPS/SCS.

2. There should be no limitations on the amount of drugs that can be split and shared.

While discussions about drug decriminalization can get muddled by the issue of thresholds (the quantity of drugs that distinguishes drug possession for personal use from possession for the purpose of trafficking), 61% of respondents believe there should be no limitation on the amounts that people split and share within OPS/SCS.

If a threshold were to be implemented, respondents overwhelmingly felt that personal use amounts would be appropriate. One respondent indicated that, “whatever amount of a substance two people would reasonably use” is appropriate, but also that “clients should not be splitting drugs above and beyond what they are intending to use in that moment [or] day.”

Notably, respondents indicated that the imposition of threshold amounts could create arbitrary restrictions that do not account for individual tolerance levels or personal drug consumption, creating friction between OPS/SCS staff and service users. As one respondent put it: “questions about scale, accuracy, amounts, payment, etc., will cause contention, aggression and violence among clients.”

3. The current splitting and sharing restrictions cause many undesirable consequences.

Of the individuals who reported having worked in and been a client of OPS/SCS, 78% indicated they had encountered issues related to splitting and sharing. For those who frequented an OPS/SCS but had never worked in one, 52% reported encountering sharing and splitting issues.

A common theme for clients was being kicked out of or restricted from the sites for sharing substances with family or friends. One respondent shared that they “were removed from a site for passing drugs to [their] husband.”

Individuals are also often asked to go outside to split their substances, exposing them to the risk of criminalization, including harassment and discrimination by business owners that oppose OPS/SCS, and eventually they are at a higher risk of arrest by police and/or police brutality. When police guard sites or patrol these areas, it reduces a lot of people from using these life-saving services. One respondent noted that “it is less hygienic to split drugs outside and also less safe,” and that “people simply [do] not com[e] back” and often use “in a less safe environment.”

The restriction also disproportionately excludes “people that are not able to inject their own drugs due to limitations” — often women or people with disabilities.

Finally, the restriction on splitting and sharing was noted as a source of conflict between workers and service users, with one respondent indicating that it “inhibits positive relationships between” the two groups.

4. Many individuals are forced to split or share their drugs outside the OPS/SCS.

The most common impact reported was that people had to exchange their drugs outside the OPS/SCS, with 101 individuals mentioning this consequence.

Other common impacts include:

5. Splitting and sharing restrictions increase safety risks, including the risk of overdose outside the OPS/SCS.

A total of 88 respondents indicated that there are increased safety risks, including a risk of overdose, resulting from the splitting and sharing restriction.

The survey confirms that the  prohibition of splitting and sharing inside OPS/SCS creates barriers to accessing life-saving services, which have deadly consequences in the midst of the current dual public health emergencies of COVID-19 and the overdose crisis. Tellingly, 86 out of the 87 respondents who use OPS/SCS reported being in favour of eliminating the splitting and sharing restriction. One respondent indicated that the ban “does not concord with current drug use practices in the community,” while another respondent said that it is “like offering someone a bicycle with no wheels…it’s entirely unrealistic, unwise and unsafe.”

OPS/SCS policies, procedures and protocols must ensure proper access to services for the people most at risk of overdose or other harms related to drug policy. To better understand the community’s needs, flexible rules must be in place to accommodate splitting and sharing.

We are writing a policy brief to outline why the splitting and sharing restriction should be removed, incorporating the perspectives of various stakeholders and led by people who use drugs. The policy brief will be grounded in the voices of people who use drugs and will include a sample protocol for OPS/SCS workers, while also calling on Health Canada to expand the Section 56 exemption to allow splitting and sharing within all OPS/SCS operating under the federal exemption.

OPS/SCS policies and procedures must equitably align with community practices and drug use culture to adequately serve people who use drugs. Let us not forget that people who use drugs are people first, and their lives are at stake if their perspectives are not considered.

Nick Pineau is a law student at McGill University who completed a human rights internship with the HIV Legal Network. His work with the Network focused on  drug policy, including a comparative analysis of harm reduction efforts in Canada and Russia and research on reducing barriers to supervised consumption services.

Matthew Bonn is the program coordinator at the Canadian Association of People Who Use Drugs, an international board member of the International Network of Health and Hepatitis in Substance Users (INHSU), a national board member of Canadian Students for Sensible Drug Policy. He is also the co-founder of the HaliFIX Overdose Prevention Society and a Canadian editorial consultant for Filter, a harm reduction magazine based out of New York City.

Corey Ranger is the clinical nurse lead for AVI/SOLID’s safe supply project, the Victoria SAFER Initiative. He has a history of working in harm reduction in both Alberta and now in British Columbia, having focused on HIV and hepatitis C programming, overdose prevention and supervised consumption services.

Natasha Touesnard is the executive director of the Canadian Association of People who Use Drugs, a national organization comprised entirely of people who use(d) drugs. Prior to this role, she was the site coordinator and lead case manager at the Open Door Clinic, a family practice and opioid agonist treatment clinic located in Dartmouth, Nova Scotia. Additionally, Natasha was among several local people who use(d) drugs who formed the first drug user group in the Atlantic provinces, the Halifax Area Network of Drug Using People (HANDUP) where she held the role of project coordinator for a number of years.