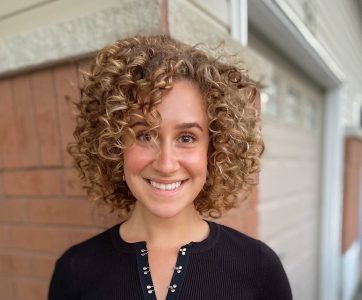 While there may be a cure, hepatitis C remains the most burdensome infectious disease in Canada according to top Canadian researchers. Treatment innovations have allowed for high cure rates in more than 95% of people through oral medication in a matter of eight to 12 weeks, with few side effects. And most notably, particularly for our clients at PASAN, medical experts are also saying drug use can continue while taking hepatitis C treatment.

Most people infected with hepatitis C do not clear the virus on their own and require medical intervention. At PASAN, we primarily serve people with lived or living experience of incarceration, who are at a higher risk for hepatitis C. They may have additional risk factors as part of other priority populations, including:

At PASAN, we serve people with lived and living experience of incarceration and drug use. Many of our clients have been diagnosed with hepatitis C during their intake at a correctional institution. Most of the time, they are completely unaware of their status, as symptoms of hepatitis C often do not present themselves until years later when the liver has been severely damaged. Because people often don’t know that they have it at all, exposure to hepatitis C is 40 times higher for prisoners than Canada’s general population, and only gets compounded by criminalizing and incarcerating people who use drugs. Unfortunately, hepatitis C testing and linkage to care is inconsistent during and after incarceration.

While education and advocacy are vital in eliminating this virus as a public health threat, so is accessibility to treatment. The treatments on the Canadian market are a new generation of interferon-free, direct-acting antivirals. Highly effective, but wickedly expensive in provincial prisons hepatitis C treatment is near impossible to access inside provincial correctional institutions in Canada (a bit of a different story in federal prisons – check out this Action Hepatitis Canada report to learn more). At this rate, hepatitis C elimination by 2030 is unlikely, at least in Ontario provincial institutions.

Based on my own research and conversations with the Correctional Service of Canada (CSC), hepatitis C treatment is less accessible in provincial institutions due to cost and time constraints. If someone is only serving a sentence for a few months, they will most likely not receive treatment for their hepatitis C in case they are released. Transitioning to community care should be as easy as switching pharmacies when someone moves to a new city. However, this is often not the case for many of our clients being released in community. Linkage to community-based organizations and other resources that prioritize harm reduction through a client-centred, anti-oppressive approach is absolutely essential for hepatitis C clearance post-release.

So, it’s clear that even when treatment is available inside provincial correctional institutions, it is rarely met with the same standards of care as in the community. Prisoners should receive post-testing and treatment counselling both in prison and in the community. Furthermore, if a prisoner is released during their treatment or upon completion, social workers must facilitate referrals to healthcare services in the community.

Recently a long-time client of mine (we can call him Osler) shared his experience living with hepatitis C inside a provincial correctional institution. After testing positive for chronic hepatitis C during a regular check-up (he believes he contracted the virus from prison tattooing), Osler said that accessing treatment “wasn’t an easy go.” According to Osler, he had to pull some strings with the help of his Native inmate liaison officer (also known as, NILO) in order to receive the medical assistance he needed, but not without having to produce the funds himself. In fact, even after he was approved for treatment, healthcare staff “missed days” of his treatment and there was “little follow-up.” As mentioned previously, post-treatment follow-up is just as important as the treatment itself. Osler adds that “they just gave me the pills and that was that.” Unfortunately, many of Osler’s cellmates encountered barriers due to cost and sentence time, and were left to find treatment on their own when released.

Despite all this, I feel optimistic about the future of hepatitis C treatment inside provincial correctional institutions, particularly when it comes to education for healthcare staff. Recently, Ontario has established a pilot program at correctional institutions to train healthcare staff in hepatitis C. This program will give providers the knowledge and tools to expand testing and treatment and to link people to care in the community. This pilot will be used to inform the expansion of training to all provincial corrections institutions across Ontario.

This program is not solely a means of education, but an advocacy tool as well. It is my hope that the pilot will shed some light on the alarming prevalence of hepatitis C within provincial correctional institutions. Most of all, I hope to see more accessible treatment options for prisoners. Slowly, but surely, if we embrace the calls to action, hepatitis C elimination for this priority population is within our reach.

Olivia Gemma is a hepatitis C support worker at PASAN (Prisoners’ HIV/AIDS Support Action Network) in Tkaronto, Ontario. PASAN is a community-based organization that exclusively provides support, education and advocacy around HIV/AIDS, hepatitis C and overdose prevention to and with current and former prisoners and people who use drugs.