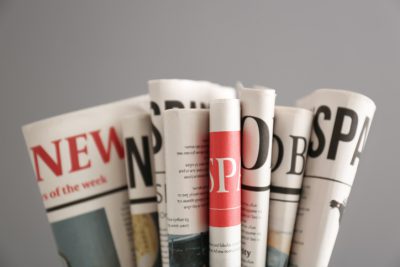 In 2019, we saw significant developments in the prevention, diagnosis and treatment of HIV and hepatitis C. We helped launch a blueprint for hepatitis C elimination in Canada. We witnessed innovation in HIV prevention and testing approaches, more people cured of hepatitis C, and “the London patient”, the second person cleared of HIV after discontinuing antiretroviral therapy.

We also saw drawbacks. We continue to confront a devastating opioid overdose crisis driven by a poisoned drug supply, which claimed the lives of more than 2,000 Canadians in the first six months of the year alone. As partners in Canada’s response to HIV and hepatitis C, we extend our sincere sympathy to our colleagues who have lost friends, service users, colleagues and loved ones.

With the research and policy tools at our disposal, every one of these deaths is preventable. But we can only do this by driving science into policy and practice. Together, we can make 2020 the year that Canada gets on track to eliminating HIV, hepatitis C and Canada’s overdose crisis. Join us.

10. An alternative to PrEP in cases of infrequent exposure to HIV

Pre-exposure prophylaxis (PrEP) is a highly effective HIV prevention method that involves an HIV-negative person taking a pill on an ongoing basis to prevent HIV infection. Health Canada has approved daily PrEP, and doctors can prescribe alternative “on-demand” regimens with less frequent dosing. However, even on-demand PrEP regimens can be burdensome for people with infrequent or unanticipated exposures to HIV.

An alternative to PrEP is post-exposure prophylaxis (PEP), a more potent regimen taken after a potential HIV exposure for 28 days. PEP may be preferred by people with less frequent or unanticipated exposures to HIV. However, the regimen must be initiated as soon as possible within 72 hours of exposure, requiring access to urgent care. To minimize the gap between exposure and initiation of the regimen, Toronto HIV researchers piloted a strategy called “PEP in Pocket” (PIP), providing advance prescriptions to people who may have infrequent but high-risk exposures to HIV.

9. Bottlenecks found in the pathway from hepatitis C diagnosis to cure

Despite the availability of a cure for hepatitis C, more than 220,000 Canadians are still living with the virus. Many of them are undiagnosed, while others have not yet started or completed treatment. Having accurate estimates of the clinical progress of people with hepatitis C is critical for identifying bottlenecks and priorities in the healthcare system. A “cascade of care” is a tool used to visualize where patients are in the pathway from diagnosis to cure.

British Columbia continues to be a leader in mapping out its hepatitis C cascade of care, and this year found that progress had been made in diagnosing and curing people with hepatitis C. However, a gap remained in treatment initiation, with only 61 per cent of those who completed genotype testing (the final stage of diagnosis) having started medication. This year, Alberta became the second province to publish its cascade of care, revealing that only 3.4 per cent of patients diagnosed with hepatitis C had been cured within two years of being diagnosed.

8. Resistance to drugs in PrEP found to be rare in Canada

When taken on a daily basis, PrEP is highly effective at preventing HIV. It is extremely rare for HIV infection to occur when it is taken as prescribed, with only a few well-documented cases of infection worldwide. On these rare occasions, almost all infections occurred with a strain of HIV that was resistant to one or both of the drugs contained in PrEP – tenofovir or emtricitabine.

7. Researchers lay out a blueprint to eliminate hepatitis C in Canada

Canada has committed to eliminating hepatitis C as a public health threat by 2030. But elimination will take more than commitment. Prevention, testing and treatment are responsibilities shared across different levels of government, and there are different approaches to choose from. To help decision-makers with the task at hand, a coalition of researchers, clinicians and community groups, under the leadership of the Canadian Network on Hepatitis C (CanHepC), published a ‘blueprint’ outlining policy options to help Canada achieve elimination.

The blueprint is already showing results, with movement towards developing elimination plans in several provinces.

Since the development of highly active antiretroviral therapy in 1996, most HIV treatment regimens have consisted of three or four drugs, sometimes in a single pill. As people live longer with HIV than ever before, they are also taking more medications over their lifetime. Researchers are therefore investigating ways to reduce long-term side effects by reducing the number of drugs in an HIV treatment regimen.

This became reality in 2018, with Health Canada’s approval of a two-drug regimen for treatment-experienced people who had already achieved viral suppression. This year, another two-drug therapy was approved for HIV treatment, and it can also be used for initial treatment of HIV infection. This means a person can now start a two-drug HIV regimen upon diagnosis, and it is just as effective as a three-drug regimen.

5. As fewer Canadians die from hepatitis C, more are dying from overdose

As current hepatitis C treatments cure more than 95 per cent of people of the infection, liver-related mortality rates have dropped among this population. However, researchers in British Columbia noted a simultaneous increase in overdose-related deaths among people who had had hepatitis C.

Analyzing health-related information from 1.3 million people who had undergone hepatitis C testing in the province, the study found that people with hepatitis C died about 18 years prematurely. Despite declining liver-related mortality, deaths related to injection drug use have increased. These findings highlighted the importance of addressing drug user health more holistically, and seeing hepatitis C as only one of many health priorities for this population.

Health Canada has approved an expanded use of the INSTI rapid point-of-care HIV test, eliminating the regulatory hurdle for the test to be used by a broader range of service providers in a wider range of settings. The Canadian-made technology is currently used to provide rapid HIV test results in clinics across the country, and this change would allow the test to be used by non-clinical staff, such as counsellors and peer testers, and in non-clinical settings such as outreach events. The next step is for provincial health policies to be updated to align with this new approved use of the technology.

Self-testing also came one step closer to reality in Canada, as researchers launched a large national study to evaluate the feasibility and acceptability of this approach. The study is enrolling 1,000 participants from key populations affected by HIV in Canada, and the results will be used to support an application for Health Canada to approve self-testing. Seventy-seven countries already have policies allowing HIV self-testing.

3. Safer supply programs emerge as a priority for the overdose response

Overdose prevention sites and supervised consumption sites have popped up across the country to respond to an epidemic of opioid overdoses, which claimed nearly 13,000 lives in Canada between 2016 and March 2019. While these sites have been effective at reversing overdoses and linking people to health services, some organizations are piloting programs that also address the root causes of the crisis – a contaminated drug supply.

“Safer supply” programs aim to prevent overdoses by providing people dependent on opioids with a prescribed dose of a pharmaceutical opioid, ensuring it is free of contaminants such as fentanyl. The approach has been successful in several European countries and in two groundbreaking Canadian research trials. Several different models of safer supply programs have been implemented in British Columbia and Ontario, with the goal of ensuring people dependent on opioids are no longer reliant on the contaminated illicit market, consequently preventing accidental overdoses and saving lives.

More than 15 years since Canada’s last strategy on HIV/AIDS, the Government of Canada published a new action plan to address sexually transmitted and bloodborne infections. The new action plan emphasizes prevention, improving access to testing and treatment, and reducing stigma and discrimination.

With the first deadline for global HIV and hepatitis C elimination targets approaching next year, the federal government reinforced its commitment to these goals in the action plan, promising to develop “made-in-Canada targets and indicators”.

Following a similar procedure to the one that cured Timothy Brown of HIV in 2008, researchers in London announced this year that “the London patient” had maintained long-term remission of HIV after stopping treatment.

The procedure, which involved a stem-cell transplant from a donor with an HIV-resistant genetic mutation, is too expensive, medically complex and risky to be a feasible cure on a mass scale. However, the lessons learned from these cases will inform ongoing efforts to refine and test strategies that seek to achieve an HIV cure.