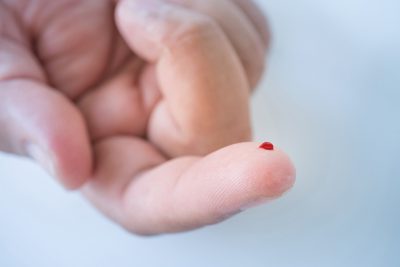 Canada has signed on to the global 90-90-90 targets to end the HIV epidemic by 2030. The aim of these targets is to diagnose at least 90% of all people living with HIV, provide treatment for 90% of those diagnosed, and for 90% of people on treatment to have an undetectable viral load by 2020. However, Canada is falling short on the first 90, lagging behind other similar countries, such as the United Kingdom and Australia. An estimated 86% of Canadians living with HIV have been diagnosed. That means that the other 14%, or over 9,000 Canadians, are living with HIV and don’t know it!

Why is testing so important?

HIV testing is important as it is the gateway to HIV diagnosis and engagement in treatment, care and support for people living with HIV. It is also the gateway to engagement in HIV prevention for people who test HIV negative, but are at ongoing high risk of transmission. People with undiagnosed HIV also contribute disproportionately to the spread of HIV – accounting for an estimated 38% of new infections.

What can we do?

We need to explore innovative ways to expand testing opportunities for all people at risk for HIV, including those who are not being reached by existing strategies. We need testing opportunities that help to overcome some of the barriers to testing that some people experience, such as stigma or privacy concerns, and lack of access due to travel or wait times.

In September 2019, we saw one incremental improvement in testing innovation. Health Canada approved an expanded indication for the use of rapid point-of-care testing in a wider variety of settings beyond traditional clinics. This change gives the regulatory approval needed for peers and other non-clinical service providers to offer rapid testing, but it remains to be seen whether decision-makers will allocate the funding and resources to make this happen in practice.

One additional way to expand access to testing and to help address barriers is to adopt HIV self-testing – where a person can collect a sample of their own blood or saliva, perform the test and interpret the results. While not currently available in Canada, this is not a new concept! Seventy-seven countries around the world already have policies that allow for HIV self-testing. This is not meant to replace other testing options; it simply offers a choice.

How can HIV self-testing help increase access to testing?

HIV self-testing can increase access because it offers an option for people who face barriers or do not feel comfortable accessing testing in traditional settings. Self-testing provides an opportunity to test privately and ensure confidentiality. Self-tests can be used at home or within community-based agencies, and they could be purchased online, in pharmacies or distributed by health and social service providers.  Furthermore, availability of self-testing has been found to increase the uptake and frequency of testing.

A Canadian survey of key players who work in testing found that 71% think self-testing is an important approach to reach the undiagnosed.

The World Health Organization (WHO) recommends that “HIV self-testing should be offered as an additional approach to HIV testing services”. According to the WHO, the use of HIV self-testing “can contribute to global targets by reaching first-time testers, people with undiagnosed HIV or those at ongoing risk who are in need of frequent testing.”

Is HIV self-testing on the horizon in Canada?

HIV self-testing may become a reality in Canada soon. The INSTI self-test, one specific brand of self-testing technology made by a Canadian manufacturer, needs to be approved by Health Canada before it can be used here. A large national study of 1,000 participants from priority populations is underway to determine if self-testers can use the test properly and interpret the results accurately. The test involves making a finger prick to get a blood sample. Data from the study will be used to support the application for approval. This means the home test could be available as early as 2020.

Many different HIV self-test technologies have been shown to be accurate, with research showing that self-testers are able to achieve the same results as trained healthcare providers. They are also proven to be safe, more convenient for users, easy to use and empowering – with high user acceptability among many different priority populations.

The testing technology most likely to be approved first in Canada (the INSTI HIV self-test) has been found to accurately identify almost 100% of people who have HIV (sensitivity) and will incorrectly produce a reactive result in about 0.5% of HIV-negative people (specificity).

Like with any other screening test, there is a window period. If the result comes back non-reactive, but the person may have had an additional exposure to HIV, they should retest to confirm the result.

How can service providers help?

There are various roles that service providers can play in the roll-out of HIV self-testing. A key role is education, including:

Service providers can also play a key role in confirmatory testing, either by referral or, if possible, offering the test themselves. Depending on the result, linkage to HIV programs – either prevention or treatment and care — is also critical. Finally, if financially feasible, service providers can distribute HIV self-test kits for people to either test themselves at home or within a community facility. It could also be useful for outreach and community events.

What do we need to think about?

There are issues that will need to be considered regarding the implementation of HIV self-testing.

It is important that HIV self-testing is rolled out through a human-rights-based approach, ensuring that all testing is voluntary with no coercion from family, partners or healthcare providers. It should always be a personal decision; no one should be forced to take a test.

Pre-test counselling is important to the HIV testing experience. Information that is typically provided during pre-test counselling, such as how HIV is transmitted and what you need to know if the result is positive, could be made available through many avenues, including the test kit insert, brochures and apps.

It is particularly important that people who obtain a reactive test result access confirmatory testing so they can be linked to HIV treatment and care if confirmed positive. It has been suggested that post-test counselling with effective linkages to care could be accomplished through a variety of avenues, such as phone lines, brochures, videos, apps, improved testing kit inserts, or through local community-based agencies.

Yes, there are many things to consider to ensure effective roll-out, but we have a great opportunity here to take advantage of a proven effective technology that can help us end the HIV epidemic. Collectively we must work to find effective solutions and not waste this opportunity.

Laurel Challacombe holds a master’s degree in epidemiology and is director of HIV knowledge exchange and evaluation at CATIE. Laurel has worked in the field of HIV for 20 years and has held various positions in both provincial and regional organizations, working in research and knowledge transfer and exchange.