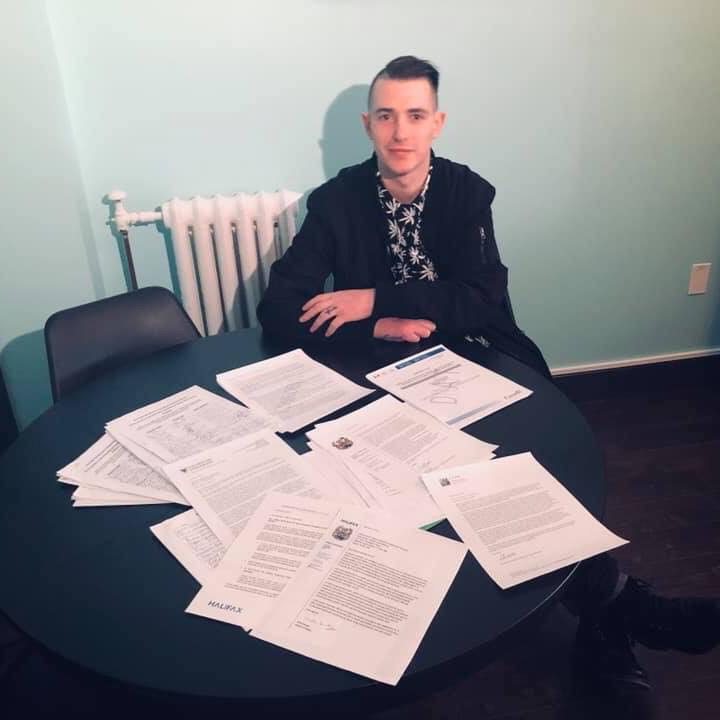 As I work on a new funding proposal, this statement strikes me: over 11,500 people in Canada have lost their lives as a result of opioid-related overdoses between January 2016 and December 2018 and we keep losing people every day. So many lives lost! And why is that? The evidence is clear that overdose prevention sites save lives!

After I returned from a hands-on training in the Downtown East Side of Vancouver, one of the hardest hit places in the overdose crisis, it became even clearer what we had to do in Halifax. We had to continue fighting for people’s lives and double down on the work to implement Atlantic Canada’s first OPS.

Dr. Tommy Brothers and I sat down and considered what to do. In the middle of an HIV outbreak and overdose crisis, we formed the HaliFIX Overdose Prevention Society. We started a social media campaign that opened the eyes of the public to our cause, with over a dozen media articles, including national headlines in The Globe and Mail. Our community was reeling from witnessing the unnecessary harms people who use substances were experiencing. Enough was enough!

We decided it was time for some good old grassroots advocacy work. We marched down to Province House, where Nova Scotia has its legislative assembly, with physicians, students, nurses and – most importantly – people who use substances, in tow. We demanded answers, but none were given. We placed posters throughout the neighbourhood; we started petitions and a fundraising page that raised over $4,000. We received donations from organizations all across Canada and started a “Buy One, Donate One” fundraiser, selling shirts and giving free ones to people who use drugs in the community. We were doing everything in our power to mobilize support for an OPS to open in Halifax, and all this without provincial support. It was far from easy!

We struggled to find a good location. Concerns were raised by other community organizations about the proposed location. We were criticized about not properly consulting other businesses and our proposed life-saving services were pitted against new fancy donut shops, condominiums and even a landfill. Our process involved having countless meetings with different community stakeholders, but it didn’t seem to help us in determining a new location. We knew that the site had to be accessible for people who use drugs and close to relevant support services. A 2017 report by the Atlantic Interdisciplinary Research Network (AIRN) identified North End Halifax and Sydney as two hot spots for drug use. Opening a site in the North End seemed the most logical for us because of high rates of HIV and several opioid overdose deaths there.

HaliFIX started talking to the federal government several months ago about the application we would need to fill out for the OPS. With the upcoming federal election, we had to get the ball rolling on trying to receive the exemption that would allow the OPS to exist and finally, we submitted our application this past June. Collectively, we worked as a collective of advocates, lawyers, a researcher, a physician, a pharmaceutical representative, a community-based worker and a former injection drug user. Eventually, we secured enough funding to get us started, thanks to a huge team of supporters.

After ironing out the details with the federal government about the landscape of the community, the location and services surrounding the proposed site, we received the first ever exemption in Atlantic Canada.

Success: we hold the key!

Receiving an exemption and opening are two different things, but opening without an exemption in a city like Halifax would not be ideal for long-term sustainability. With the exemption and enough local support from advocates, Nova Scotia is currently looking into different models of safe consumption.

And most importantly of all, HaliFIX holds the key to a place where people can safely use substances, without the fear of fatal overdose or being criminalized.

Still, we are left wondering if the provincial government is willing to help fund our OPS amidst this public health crisis?