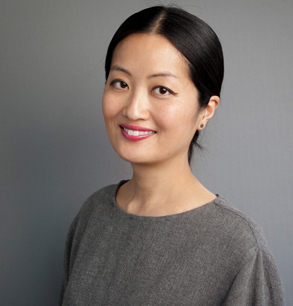 A global study released last year revealed alarming figures concerning women living with HIV and violence. Among 945 women living with HIV from 94 countries who participated in the study, 89 per cent reported having experienced or feared violence before, since and/or because of their HIV diagnosis. Violence they experienced was reported to be higher after HIV diagnosis from their intimate partner and others in their social network. [1]The troubling nexus between HIV and gender-based violence spurred the Canadian HIV/AIDS Legal Network, HIV & AIDS Legal Clinic Ontario and METRAC to produce a legal information guide for women living with HIV who are facing — or at risk of — “intimate partner violence” — that is, physical, sexual or psychological harm from a current or former partner or spouse.

In addition to being an exceedingly common experience among women living with HIV, intimate partner violence and HIV are both stigmatized, isolating people who are affected. Intimate partner violence also increases women’s vulnerability to HIV. Women who have violent partners are more likely to have forced sex, are less likely to negotiate condom use, and are more likely to be abused when they insist on condom use— which poses greater risks of HIV transmission.

Fear of violence can also influence whether some women get tested for HIV, and can act as a barrier to HIV prevention services, including treatment to prevent vertical HIV transmission (i.e., when HIV is passed from an HIV-positive woman to her baby during pregnancy, labour and delivery or breastfeeding). Because women access more health services than men and are often tested for HIV during pregnancy, it is not uncommon for women to know their HIV status before their partners and in some cases, to be accused of ‘bringing HIV into the home’ — which can intensify existing violence, or trigger new abuse. Not surprisingly, some women are afraid to tell their partners that they are HIV-positive because they fear that their partner will be violent.

HIV itself can also be used against a woman as a tool for abuse. A woman living with HIV may stay in an abusive relationship because she fears that her partner will disclose her status to others, or her partner will make false allegations that she did not disclose her HIV-positive status – which has very serious criminal repercussions in Canada. (See legal information guide for more information.)

In addition to grappling with their health and safety, women living with HIV and intimate partner violence confront a complex web of laws that may affect their decision to stay in a relationship. These laws are further complicated for women if they are mothers, disabled, racialized, Indigenous, new to Canada or not Canadian citizens. While the legal system is only a small piece of the personal and societal response to intimate partner violence and many women may not wish to turn to the police, lawyers and courts for help, it is nevertheless important for women to know about their rights, options and legal processes.