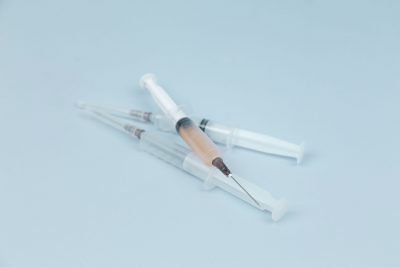 Over the past year, advocates or elected officials in Montreal, Ottawa, Victoria, Baltimore, New York City, Ithaca (NY), Seattle, San Francisco, Glasgow and four cities in Ireland have called  for the implementation of supervised injection services. More recently, Toronto’s Medical Officer of Health Dr. David McKeown recommended that the Board of Health start a community consultation process toward establishing supervised injection services within three existing facilities in the city. The Board voted unanimously in favour.  As the lead investigators of the TOSCA study  (the Toronto and Ottawa Supervised Consumption Assessment), we support Dr. McKeown’s proposal and look forward to the opening of these services in Toronto.

Supervised injection services save lives by decreasing deaths due to overdose.  It has been widely reported that overdose rates have increased markedly in Toronto over the last few years. What is less known, perhaps, is that overdose rates have increased even more rapidly in Western Canada and in parts of the United States. Because we are now starting to see the increased use of drugs like fentanyl and heroin in Ontario, overdose rates may soon increase more rapidly in Toronto, especially if there is no additional public health response like the opening of supervised injection services. The time to act to prevent further overdose-related deaths is now.

Like Dr. McKeown, we recommend that Toronto should establish supervised injection services within health centres where people who inject drugs are already receiving health services. There are several reasons why we favour this approach rather than having a single central facility:

In the course of completing the TOSCA study, we analyzed public opinion polling data and conducted 124 interviews and focus groups with stakeholders. Here’s what we learned: First, support for supervised injection services has increased in the last decade. Second, only about 10% of the respondents said they would never support supervised injection. Third, most of the remaining 90% say they would be supportive if there were convincing evidence that supervised injection improves the health of people who use drugs and reduces neighbourhood problems.

People want to know more about what supervised injection entails, want an assurance that supervised injection fits into a comprehensive public health response to drug use, want to be consulted about implementation, and want to see that such services will be evaluated. Together, these findings suggest that there is an opportunity to have an important and respectful dialogue that is both educational and collaborative and, hopefully, to start a broader public dialogue about our society’s approach to drug use and addiction.

Dr. Ahmed Bayoumi is an internal medicine physician and expert in the delivery of health services for people who use drugs and people living with HIV at St. Michael’s Hospital’s Centre for Research on Inner City Health.

Dr. Carol Strike, PhD, is an associate professor at the University of Toronto’s Dalla Lana School of Public Health, with 15 years of experience in harm reduction, addiction treatment and health services research.