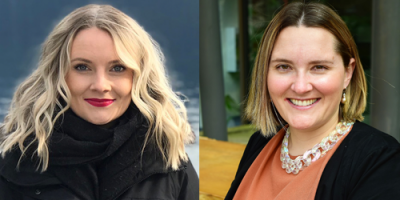 People who have experienced incarceration are disproportionately affected by sexually transmitted and blood-borne infections (STBBIs), such as HIV and hepatitis C. For example, the prevalence of hepatitis C among people incarcerated in B.C.’s provincial system may be as high as 25%, compared to 1% in the general population. To support this community’s health and wellbeing, the B.C. Centre for Disease Control partnered with B.C. Mental Health and Substance User Services to develop You Matter: Pathways to Care for STBBIs. This project was funded under the Supporting Pathways to Care for People Who Use Drugs program of the Public Health Agency of Canada. Created in collaboration with healthcare workers, corrections staff, community groups, researchers and people with living or lived experience, You Matter provides guidelines and policy recommendations for STBBI testing and linkage to care in B.C.’s provincial correctional centres.

People who experience incarceration are silenced and excluded from a lot of things; they don’t often get the opportunity to give input to decisions that will directly affect their care. Creating opportunities for them to be part of developing guidelines like these not only helps give them a voice, but it also gives healthcare providers and policy-makers a much better idea of what clients actually want.

The You Matter guidelines and recommendations cover the entire STBBI care pathway for people who are incarcerated, from addressing stigma and improving education, through to testing and linkage to care following release. Let’s look at the major recommendations included in the new guidelines.

To improve prevention and care for STBBIs among people who are incarcerated, we must first tackle the stigma. This was identified as a major barrier to care by all the stakeholders who were consulted.

The You Matter guidelines recommend the following to help achieve this:

Ongoing education around STBBIs is recommended for corrections staff, healthcare workers and people who are incarcerated. This could be in the form of printed materials or regular educational programs.

Several self-paced online modules for corrections staff and healthcare workers, available through B.C.’s Provincial Health Services Authority Learning Hub, were also developed. Each module was created with help from people who have actually worked as correctional officers or nurses in prisons.

For those who are incarcerated, You Matter offers other educational resources like videos and decks of playing cards with STBBI facts, designed in collaboration with people who have lived experience of incarceration.

Testing and linkage to care

When people are first incarcerated, they undergo an intake health assessment during which healthcare workers explain the STBBI testing and treatment that’s available and when it can be provided. Based on input from all the stakeholders, this initial offer should stretch beyond intake and be promoted at as many opportunities as possible to reinforce the ‘normalization’ of testing, while increasing the chance that everyone will eventually accept it.

Towards the end of the incarceration, when a release date is known, corrections staff and healthcare workers need to think about how they can support the client’s transition back into the community and the maintenance of STBBI care. This could be done through connecting the client to peer support programs, transferring prescriptions to an appropriate pharmacy and gathering necessary documentation on their STBBI treatment and follow-up plan.

All stakeholders agreed that initiating connection to care in the community as early as possible before release from custody will give the greatest chance at maintaining people on treatment and ensuring they get appropriate follow-up after release. The vast majority of people in prison will be released into the community and, in the provincial system, this is often happening quite fast. The earlier that connections to community care providers are made, the better.

Correctional Health Services in B.C. will implement You Matter in a staggered fashion starting with three pioneer sites rolling out protocols that adhere to the guidelines over the next six months. In 2023, additional sites will join the rollout until all 10 correctional centres in the province are involved.

We hope that other provinces and territories in Canada will also start looking to these guidelines as the benchmark for the standard of care that should be provided for STBBIs in prisons. Additionally, the process used to develop these guidelines, which included people who are incarcerated as key stakeholders in the co-development process, also shows promise for development of guidelines in other health areas.

For more information, read this article about You Matter on the CTN website.

Hannah Branch is a communications specialist with the CTN. After completing her degree in human biology at the University of Birmingham in 2012, Hannah pursued a career in healthcare communications, taking her on a transatlantic journey from London, U.K., to Vancouver, Canada.

Sofia Bartlett, PhD, is an investigator with the CIHR Canadian HIV Trials Network (CTN), a Canada-wide partnership of researchers, people living with HIV and their caregivers, governments, health advocates and the pharmaceutical and biotechnology industry. In addition, she is a senior scientist for sexually transmitted and blood-borne infections (STBBIs) at the B.C. Centre for Disease Control, an adjunct professor at University of British Columbia in the School of Population and Public Health, and co-director of the Canadian Collaboration for Prison Health and Education.