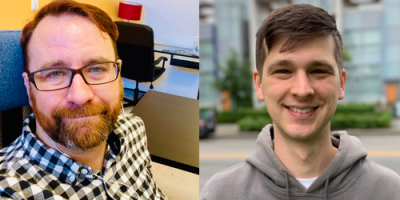 Or so the old slogan from Canadian Blood Services (CBS)* would have you believe. Of course, they have a long history of filtering who gets to give. Currently, there are many Canadians who want to give but cannot, including all HIV-negative cisgender men who’ve had sex with another man in the past three months. This includes men who are in monogamous relationships, always use pre-exposure prophylaxis (PrEP), always use condoms during sex, and who have oral but not anal sex. This policy has long been viewed as homophobic by many community members and community-based researchers who have argued that the policy does not align with modern forms of HIV testing, treatment and prevention. But policy changes are expected to come in the coming months. So, what are the next steps?

We’ll use the term MSM (men who have sex with men) here even though we think it limits understandings of gay, bi, pan and queer men’s identities. But it’s the language that CBS uses. We think it shows their lack of understanding of community needs. We recognize MSM are just one of the many populations that have faced discrimination from CBS. There is a long history of anti-Black racism within donor policies. Additionally, transgender people are currently screened for eligibility based on their sex assigned at birth (instead of their gender) if they have not had bottom surgery. This means that MSM who are Black and/or trans have experienced additional forms of discrimination under past and present blood policies.

A history of discrimination

If you don’t know much about the history of the “gay blood ban”, here’s a condensed timeline. In the 1980s, any man who had sex with men (after 1977) was excluded from donating blood. This was a policy created by the Canadian Red Cross, which previously ran Canada’s blood supply, in response to concern about HIV entering the blood supply before adequate screening tests were available. This led to many people getting HIV through the blood system, including many folks with blood disorders like hemophilia. There were many activists who sought to address this change but a major change came about in 2010 when the Ontario Superior Court addressed a 2002 Charter of Rights and Freedoms challenge and upheld the policy as not being discriminatory, but found that CBS hadn’t demonstrated that a lifetime ban was needed. While CBS might administer the policy, Health Canada plays a significant role in setting policy. Despite the work of many, change has been slow.

Between 2013 and 2020, and under persistent pressure from communities affected by the blood donation ban, the deferral period for MSM was gradually reduced. It started with a change from lifetime, to five years, to one year, to the current three months. What is a “deferral period?” Abstinence for a set period of time. According to the current policy, MSM who want to donate blood need to be abstinent from any sex with men (and just men; they can have sex with women) for three full months.

We recognize that the ban may have made sense at one point in history, but Health Canada policies haven’t kept up with the science about HIV detection and transmission. For example, nucleic acid amplification testing (NAT) allows HIV to be detected approximately nine days after transmission, and CBS already uses this test on every blood donation. These policies undermine having a sufficient amount of blood supply for those who need it.

Community-Based Research Centre (CBRC) is one of many partners who have worked to build the knowledge base to finally end the ban. We received research funding through the federal government via CBS’s MSM Research Program to support research in our 2018 and 2019 Sex Now surveys.

What we found out

MSM want to donate. In the 2018 Sex Now Survey of 3,500 gay, bi, queer, trans and Two-Spirit men, more than 90% of participants said they would donate blood if they could. In 2019, 87% of our 6,700 respondents agreed. In our work, we talk to men who have expressed frustration at their ineligibility and the blatant discrimination they face for wanting to help save lives.

As an example, Kirk helped collect dried blood samples during that 2018 Sex Now Survey at Halifax Pride. It was a cold, wet and rainy day. Yet people lined up to participate in a research study, just to play a small part in helping overturn the ban. One participant came to the Pride festival after work just to participate in the study. Prior to coming out and becoming sexually active, he and his father donated blood together. He hoped to be able to share that bonding experience with his father again someday.

So, what’s next? CBS is planning to apply to Health Canada to eliminate the ineligibility period that requires MSM to be abstinent for three months before donating and to adopt screening based on sexual behaviour for all donors. This is a policy supported by most MSM, with 73% of our Sex Now 2019 participants supporting this move. It’s a good first step, but there is a long way to go.

After decades of discriminating against MSM (not to mention their misgendering of trans people and a history of anti-Black racism), CBS shouldn’t expect to be welcomed with open arms at Pride festivals in 2022. CBS will need to invest in dialogue, education and outreach over the next several years not just with MSM and 2SLGBTQQIA+ communities, but also with the general public in Canada. They need to acknowledge the damage they have caused to 2SLGBTQIA+ and Black communities. CBS should plan for several multi-year campaigns to build bridges to encourage new donors and create relationships. This work must be informed by, and done in collaboration with, trusted community voices and organizations from those affected communities.

There are many community-based organizations who are ready, able and willing to help them do the work to build this trust. To prove, once and for all, that blood really is in all of us to give.

Kirk Furlotte (he/him) is the Atlantic regional manager for the Community-Based Research Centre (CBRC). He has undergraduate and graduate degrees in health promotion from Dalhousie University. Kirk has worked in queer and trans health research and education since 2010. He is a white, cis, gay settler who has the privilege of living, working and playing in Kjipuktuk/Halifax in Mi’kma’ki, the ancestral and unceded territory of the Mi’kmaq.

Ben Klassen (he/him) is a white, cis, queer man living and working on the unceded territories of the Musqueam, Squamish and Tsleil-Waututh Nations in Vancouver, B.C. He is currently the research manager at the Community-Based Research Centre and has worked as a researcher on a variety of community-based 2SLGBTQ+ projects since 2015. Ben holds a master’s degree in history from Simon Fraser University.