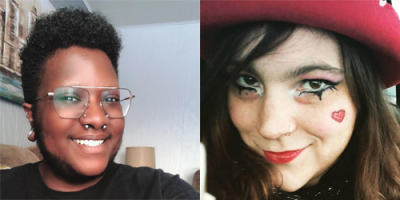 To better understand the issues and priorities of people who use drugs in Quebec during the COVID-19 pandemic and the overdose crisis, CATIE conducted a short interview with Frankie Lambert and Chantal Montmorency, two staff members of the Quebec association to promote the health of people who use drugs (AQPSUD). Here are the concerns raised by their community.

Can you tell us about the beginnings of AQPSUD?

In 2005, community organizations from several regions, including regional public health officials and the provincial ministry of health and social services, decided it was time to offer a free publication that would tackle sexually transmitted and bloodborne infections (STBBIs), written by and for people who inject drugs (PWID). L’injecteur was born!

L’injecteur allowed the creation of a network of people who use drugs. In 2007, they got together for the first time under the name l’Association pour la Défense des Droits et l’Inclusion des personnes qui consomment des drogues du Québec [The Quebec Association for the Defence of the Rights and Inclusion of People Who Use Drugs]. It was the first time that people who use drugs in Quebec got together to demand their right to health, life and wellness.

In 2010, AQPSUD became an independent community organization run by and for people who use drugs, and brought these two projects under the same roof. The first province-wide community-based harm reduction group was born.

Over the past couple of years, AQPSUD has been very busy implementing solutions that work for us, and that respond in a pragmatic manner to the needs that we express and that concern us. We have created many resources and trainings by and for people who use drugs.

As of March 31, 2020, AQPSUD counted more than 310 members, including several dozen dedicated volunteers.

What are the issues and priorities facing people who use drugs in the context of COVID-19 and the curfew in place?

Since the start of the pandemic, the overdose crisis has been compounded. The situation has only become worse since the curfew has been put in place. By giving police officers the power to decide arbitrarily to whom and how to apply curfew rules, the most vulnerable have been denied their right to health and safety. We are veering dangerously close to a humanitarian and health crisis, one that may prove to be as disastrous as the current crisis.

We know that the curfew is preventing vulnerable populations from accessing care and other healthcare services – services they have the right to receive. It has become clear to us that people are avoiding going outside to supervised consumption services (SCS) or getting and disposing their harm reduction materials in designated areas ─ all to avoid the risk of a police interaction after curfew. We know that such measures will only likely increase the risk of fatal overdose and will increase HIV, hepatitis C and other sexually transmitted and bacterial infections.

Even before the arrival of coronavirus, the overdose crisis and the HIV and hepatitis C epidemics were at concerning levels. The COVID-19 pandemic will undoubtedly aggravate the situation significantly, as access to testing has decreased considerably since the beginning of the pandemic. It makes sense that people are drawing parallels to the HIV/AIDS crisis in the late 1990s, a time when the epidemic was skyrocketing and out of control.

The curfew is preventing vulnerable people from maintaining their survival strategies. On top of that, we are finding it hard to maintain the trust we have built with the community we serve. During moments like these, people have a tendency to isolate themselves in a survival group, and they might be tempted to share their drug equipment, or decide not to call emergency services, all of which goes against good practices for preventing overdoses and STBBIs.

We are firmly against this repressive approach that endangers decades of work carried out by harm reduction organizations. In a time of crisis, harm reduction should be reinforced, not diminished. The experience of the HIV/AIDS response has already shown that repression and fear are not effective responses in public health. We need to educate, test, chart, accompany and support people who will acquire infections.

The curfew is not the only measure that negatively affects people who use drugs. Many of the recommendations to prevent overdoses cannot be followed in our current situation. For example, we normally recommend that people do not use drugs alone, that they do not isolate themselves.

We surveyed our members and discovered that many are under severe financial distress during the pandemic. Many people mentioned that their mental health is precarious. People are worried about their health, their safety and are demanding safe supply.

This March 2021 will be the one-year anniversary of the COVID-19 pandemic. Have you noticed many changes within your community since then?

Underfunding in recent years and the disruption of social fabric have weakened our community and have slowed down the progress that we may have witnessed over the past few years. Despite all this, people who use drugs are, more than ever, at the heart of efforts to address the issues that affect them.

What trends are you seeing in people who use drugs in Quebec?

Trends are always changing and we are permanently on the lookout for the next overdose alert. As the quality and quantity of substances – as well as their toxicity – are unpredictable, people feel powerless and stressed out.  There is also reduced access because of the curfew, closed borders and the closure of certain businesses.

We have analysed the Coroner’s reports following deaths by overdose and looked at the compilation of reports in 2017. We discovered, among many other findings, that people often died after being refused care or admittance to a hospital. One of the causes of fatal overdose is the lack of confidence in the healthcare system.

Can you tell us about advocacy for decriminalizing simple possession of drugs in Montreal?

Even though we want to see a more robust and ambitious plan to decriminalize drugs, we welcome any initiatives that have positive outcomes for people who use drugs. Now more than ever, it is urgent to decriminalize simple possession, because people can be stopped by the police on their way to the supervised consumption services (SCS) after curfew. People can be searched and arrested for simple possession, even with a curfew permit from the SCS.

Prohibition stigmatizes people who use drugs and does not foster a favourable environment for the development of best practices for using substances and improving health conditions; it does the opposite. We would also like to see the decriminalization of third parties, because we believe that the pressure placed on dealers and the networks of people who use drugs has negative repercussions for the people who use drugs. This goes against the philosophy of harm reduction.

Frankie Lambert (he/they) is the communication officer of AQPSUD. Being a person of colour as well as a person who uses drugs, Frankie is guided by the philosophies of harm reduction and social justice. They are equally passionate about decriminalization and advocacy work.

Chantal Montmorency is the general coordinator of AQPSUD. Passionate about harm reduction and a skilled writer, Chantal has been involved with AQPSUD for many years. She has worked as an administrative assistant, as the head of administration and accounting then worked in social housing to afterwards return as a coordinator. Chantal also works as a trainer in non-profit organizations and cooperative housing.