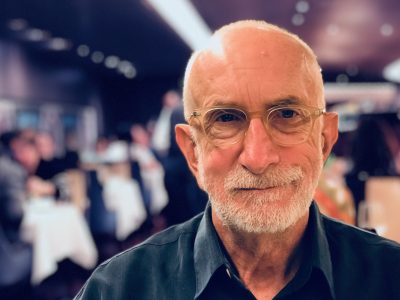 In an era where sometimes difficult, science-based decisions are routinely required of both positive and negative individuals− think when to start treatment, or the relative benefits of PrEP vs condoms− are we doing enough to steer people away from bad decisions?

First we need to acknowledge that even in a non-judgmental environment such as ours, some decisions just aren’t wise. Charlie Sheen and the allure of the goat’s milk cure proved that quite publicly. So did this Facebook commenter opining recently when to start treatment: “It’s best to wait until there is a patch, a spray or a cure.” In fact I suspect there is a fairly large faction (I call them “treatment denialists” ) who aren’t persuaded by START that early treatment works best. Or by PARTNER that it can all but eliminate the risk of transmission.

True, a reluctance to acknowledge the true power of antiretroviral therapy until the research has been absolutely conclusive has not helped to clarify people’s thinking. In fact, we have a history of pooh-poohing anything that wasn’t rock solid. The Swiss Statement, for example, was routinely trashed by prevention experts, although not by community advocates, only to discover years later that it was remarkably prescient. In fact, some wanted the Swiss Statement suppressed. One researcher said the Swiss statement “should not be made public, because of the fear of risk compensation and/or behavioral disinhibition which would end up increasing HIV and sexually transmitted infection transmission risks”. In other words: “don’t tell people living with HIV; we fear what they might do”. That is, of course, both shocking and the antitheses of a basis for sound decision-making.

Meanwhile, while many in our community have asserted for several years that treatment as prevention works, others have fallen over backwards to deny it, or downplayed its usefulness for gay men, for example.

On the prevention front too, we have, thankfully, stayed long away from “use a condom every time,” instead suggesting “here are your alternatives, here is the evidence, now you decide”. Trouble is that evidence is mighty complicated. And on the treatment front, with evidence that a same-day start produces the best outcomes, the newly diagnosed may be asked to make quick decisions – something often difficult to do.

Is the answer to dumb the science down? Not all agree. One treatment expert at the 2016 Conference on Retroviruses and Opportunistic Infections (CROI 2016) in Boston last month said, when speaking of people with HIV as a whole:  “Don’t give them a dumbed-down message and talk in absolutes. In my experience, people want nuanced information about their risk of infecting others and want to be able to make up their own minds.” But doesn’t that statement assume that an audience is capable of processing “nuanced” information that is often quite technical and requires a degree of critical analysis?

Is the answer to make the decision for them? That’s not right either; accommodating human rights means that coercion of any kind is clearly out.

In an article I wrote for PositiveLite.com, I detailed some steps I thought would make the decision making process a little more solidly founded. But in a second article, I also recognized that those recommendations fit a normative model. For those facing special challenges, those with language, literacy, neuro-cognitive and other barriers to good decision-making – it’s not that simple. How do we help those who are often already marginalized make prevention and treatment decisions which seem best for them?

Clearly there are no easy answers. What is clear is that we need to do better in helping people avoid decisions which inevitably result in sub-optimal outcomes. Let the conversation begin.