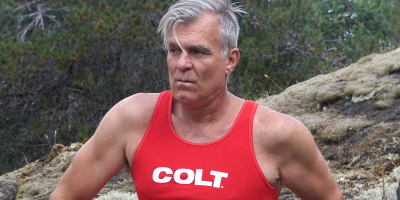 On May 27, 2022, Canadian Blood Services—the non-profit that manages Canada’s blood supply outside of Quebec—announced that the lifetime ban on blood donation for those who have traded sex for money would be reduced to one year pending approval from Health Canada. Their questionnaire has recently been updated to reflect this decision. They claim current evidence and available testing technology do not support the lifetime ban policy.

This policy review came on the heels of outrage and criticism on Twitter in late 2021 by sex workers who had faced discrimination when trying to donate blood.

Addressing discrimination on the basis of sexual orientation

In April of this year, Health Canada announced that it was ending the policy banning blood donations from men who have sex with men beginning September 30.

Canada’s previous ban on blood donation for men who have sex with men had been criticized for discriminating against gay and bisexual men on the grounds of sexual orientation. The original indefinite deferral policies had been in place since 1992; the deferral period for having sex with another man dropped to one year in 2016. Discrimination on the basis of sexual orientation is illegal for government agencies and departments under Section 15 of Canada’s Charter of Rights and Freedoms. A human rights complaint has been winding its way through the federal court system since 2016, and was sent for a human rights tribunal inquiry in June 2021.

Canadian Blood Services claims blood donation deferral policies are based on the level of risk for having an undetected blood-borne infection being high. For bisexual and gay men, there is evidence for this based on national HIV incidence (new cases of infection within a population). In 2020, 46.6 per cent of new HIV infections were among men who have sex with men who were estimated to comprise approximately 4 per cent of the adult male population.

However, there are no national HIV incidence statistics for people selling sexual services in Canada. There is no evidence that selling sexual services presents high risk for sexually transmitted blood borne infections in this country. Furthermore, in the UNAIDS 2022 Global AIDS Update, figures for “new HIV infections by population group” in Central and Western Europe and North America show that only 0.4 per cent of all new infections in these regions were sex workers.

Section 15 of the Charter guarantees that every individual in Canada have equality under the law and freedom from discrimination, including based on race, ethnic origin or nationality, colour, religion, sex, age, or mental or physical disability, and courts have recognized sexual orientation as an additional prohibited ground. The courts have not recognized type of employment as a prohibited ground of discrimination under this section. So, unlike gay and bisexual men, people are not currently protected from discriminatory government policies based on selling sexual services.

These laws and policies about selling sexual services are baseless and prejudicial assumptions. They needlessly create barriers to public health goals for STBBI and HIV prevention, and discourage sex workers from accessing sexual health services.1

Requesting approval from Health Canada to implement a new screening policy based on a donor’s occupation—selling sex—is indefensible. Selling sexual services is not a “behaviour.” It’s a commercial enterprise—a business, a profession, a job—with long-standing workplace practices that keep sex workers and their clients safe.2 Blood donation eligibility policies that require individuals to not be compensated for sexual services are oppressive, because they imply that sex workers must leave the sex industry in order to be socially acceptable.

However, if Canadian Blood Services has evidence that having “new and/or multiple sexual partners” in the three months prior to blood donation increases risk for undetected infection, and it applies to all donors with the result being a three-month deferral, then so be it.

While sex workers may not enjoy specific protection under the Charter, Health Canada and by extension Canadian Blood Services must not base policies on their moral perceptions of sex workers and their clients. Government policies designed to protect the public’s health should be based on scientific evidence, not prejudice. All questions regarding sexual service transactions as a basis for eligibility for donating blood must be removed to end this stigma.

Andrew Sorfleet is an activist who has been involved in the sex industry since 1989.  Andrew is president of Triple-X Workers’ Solidarity Association of B.C. He currently resides on Lasqueti Island in the Salish Sea.

Estimation of Key Population Size of People who Use Injection Drugs (PWID), Men who Have Sex with Men (MSM) and Sex Workers (SW) who are At Risk of Acquiring HIV and Hepatitis C in the Five Health Regions of the Province of British Columbia Final Report, B.C. Centre for Disease Control, October 5, 2016. p. 13