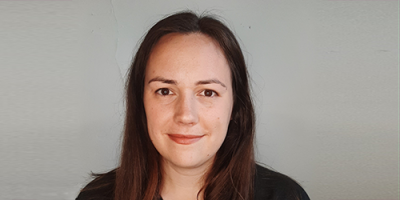 Increasing access to HIV testing is crucial in the efforts to eliminate HIV as a public health threat in Canada. Testing is the first step for people with HIV to be able to start life-saving treatment. It is also important for people to know their status (whether positive or negative) so that they can prevent passing or getting HIV. HIV self-tests are a low-barrier option that can increase uptake of HIV testing for people who may not otherwise access it.

Canada has made progress in reaching more of the undiagnosed, but access to testing is inequitable

Estimates recently released by the Public Health Agency of Canada show that as of 2020, Canada has reached the goal that 90% of people living with HIV in Canada be aware of their status. While this marks an important achievement, the report also highlights inequities in access to testing, showing that certain populations are not being adequately reached. The report shows that a high proportion of gay, bisexual and other men who have sex with men (gbMSM) living with HIV are aware of their status. However, in other priority populations, the proportion of people with HIV who are aware of their status is much lower. The report highlights that much more work is needed to improve access to testing among Indigenous people, African, Caribbean and Black communities, and for people who inject drugs.

New funding to improve access, including distribution of self-test kits

To help reach the undiagnosed, Health Canada recently announced new funding to increase access to HIV testing. This funding includes support for the distribution of HIV self-testing kits through community-based organizations. The goal of this funding is to make HIV testing more accessible to people who face barriers to testing access, including lack of awareness, stigma and limited availability or geographical distance in remote or isolated communities.

The role of self-testing in helping to reach the undiagnosed

HIV self-testing was licensed for use in Canada in November of 2020. With a self-test, an individual collects their own blood sample, conducts the test and interprets the result themselves. The self-test uses a blood sample from a finger prick and the results are highly accurate. It is a screening test, meaning that a reactive (positive) result needs to be confirmed by a standard HIV test.

Preliminary results from research studies in Canada have shown that self-testing is acceptable and easy to use for people in populations most affected by HIV. Those studies have also shown that self-testing is effective at reaching people who have never tested before, suggesting that it can play an important role in reaching people who are not accessing testing in traditional settings.

How service providers can support people who self-test

Service providers can support people who take a self-test in many ways:

For more detailed recommendations about how service providers can support people who want to self-test, see our CATIE statement on the HIV self-test as a highly effective tool for increasing uptake of testing in Canada.