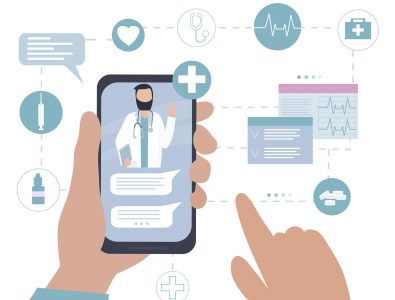 Since January 1, 2018, eligible British Columbians have been able to receive HIV pre-exposure prophylaxis (PrEP) at no cost, but despite this coverage many still have restricted access to PrEP, especially people living in remote areas of the province. The barriers are many-fold and include persistent stigma, lack of access to healthcare providers and sexual health clinics, lack of awareness, individual discomfort accessing sexual healthcare and lack of transportation to pick up medication or to visit labs for ongoing testing.

In early 2020, partners at Interior Health contacted the B.C. Centre for Disease Control (BCCDC) with a proposal to collaborate in the provision of PrEP access within that region. The introduction of ‘no-cost’ provincial PrEP coverage led to a significant increase in PrEP uptake in this region throughout 2018, but as of 2019, growth has plateaued with the number of individuals on PrEP remaining relatively stable.

Problems with access, which included a lack of designated sexual health services within Interior Health, combined with a network of BCCDC PrEP prescribers and their well-established workflow, created a unique opportunity to start a cross-boundary virtual PrEP model that would increase access for residents of the region. While the COVID-19 pandemic initially delayed planning, the quick adoption of virtual services for our own BCCDC PrEP clients served as a ready template to roll out the virtual Tele-PrEP program with Interior Health. It is important to note that the intention of the virtual PrEP model is not to replace local prescribers, but rather to support access to those experiencing barriers, especially during the pandemic restrictions and lock-downs. This aligns with the provincial scope of the BCCDC.

The challenges of going virtual

Though well-received among partners, the Tele-PrEP model was not without its challenges, such as:

PrEP in B.C. is centrally managed by the B.C. Centre for Excellence in HIV/AIDS and is dispensed out of St. Paul’s Hospital Outpatient Pharmacy in Vancouver. Given the challenges involved in planning the logistics of medication delivery to local pharmacies for pickup, we reached out to St. Paul’s Hospital for assistance. They were key in contacting pharmacies in central locations across the region, such as Kamloops, Nelson and Penticton ─ to identify a network of established locations willing to accept delivery of PrEP for client pickups.

We also wanted to ensure that those enrolled in the Tele-PrEP program had access to regular STI testing, beyond the minimal requirements for PrEP monitoring. As part of the Tele-PrEP model, we offer the option for clients to receive a swab kit in the mail for throat and rectal chlamydia and gonorrhea testing. Key individuals within various lab organizations were engaged to ensure that lab staff would be familiar with our Tele-PrEP program, and that clients would be able to drop off completed swabs at the lab when they went for regular PrEP bloodwork.

The official launch and expansion

We officially launched the Tele-PrEP program in collaboration with Interior Health in February 2021 with access initially limited to one community area around Penticton. This limited access allowed us to offset any initial surge in demand and to manage available provider capacity at the BCCDC. Expansion subsequently opened up in March 2021 to Nelson, and in July 2021 to all areas of the region. Uptake to date has been slow but steady as word about the service spreads to care providers, community organizations and interested individuals.

While Tele-PrEP does provide access to a prescriber through BCCDC for folks in areas where they may face challenges, we recognize that in B.C. we still have a long way to go in improving access to PrEP. For example, those of us involved in the Tele-PrEP program continue to advocate for a decentralized model of PrEP delivery in this province. We support either PrEP being added to the provincial drug formulary, so prescriptions may be filled at a client’s pharmacy of choice, or – as has been shown by other PrEP delivery models – clients being given the option to have their PrEP shipped directly to a home address rather than to a local pharmacy for pickup.

On a prescriber level, we continue to advocate for more local providers to prescribe PrEP to their clients and are happy to mentor new prescribers in the process.

Aside from lessons learned around navigating systemic challenges to PrEP access and delivery, we have also learned that innovation, creativity, collaboration, communication and perseverance go a long way in building new and dynamic programs that can fill a much-needed gap.

Monica Durigon, RN(C), BSN, MSc, is a nurse educator at the B.C. Centre for Disease Control.