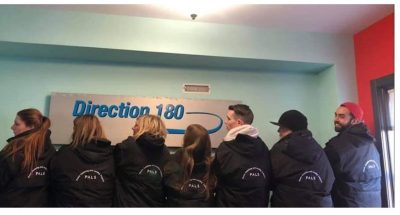 People who use substances in Nova Scotia face many risks at the time of their release from provincial correctional facilities, including increased risk of overdose and hepatitis C or HIV. There is also very little provisional support, such as linkage to care or help obtaining housing, and limited access to opioid treatment options and other healthcare and support services.

To help incarcerated people who use substances successfully integrate back into their communities, Direction 180 started the Peers Assisting and Lending Support (PALS) program in January 2019 through harm reduction funding from the Public Health Agency of Canada. Direction 180 is a community-based organization that offers an opioid treatment program in Halifax, Nova Scotia.

PALS: the first program of its kind in Canada

PALS is a 28-month, peer-driven outreach project for people who use drugs in Halifax who are being released from the Central Nova Scotia Correctional Facility (CNSCF). The overall objective is to reduce risk-taking behaviour of 75 to 100 people who use substances at the critical time of their release.

PALS employs current and former substance users as peer workers (also referred to as PALS) who are trained on topics such as overdose awareness, confidentiality, and harm reduction. Incarcerated people who use drugs can be referred by a case management officer at the CNSCF or self-refer to the program.

After making contact by phone, clients are met by the program coordinator and by two peer staff on the day of their release. They are offered harm reduction supplies, help in obtaining identification, hygiene products, bus tickets, grocery gift cards, phone minutes and linkage to services like hepatitis C testing and treatment.

A performance monitoring and evaluation plan for PALS was developed to determine if the program was achieving its goals. Given the uniqueness of this project, the evaluation committee also looked at the implementation process.

The inclusion of people who use substances as peer workers into the program is integral, so we also explored the impact of the training provided, paying particular attention to skill-building and the staff’s ability to deliver harm reduction and health promotion services to their peers.

Data collected from February 1, 2019 to March 31, 2020, show that PALS is meeting the needs of people who use substances and increasing their capacity to reduce risk behaviour and harm from drug use.

What people had to say about PALS Staff and project partners believe the program benefitted people who use substances. As one PAL stated, it “helped to keep them away from [using substances] a little, if not a lot, longer… We helped them breach some barriers that would otherwise be there.”

A project partner stated, “Individuals who are involved in the criminal justice system are a highly stigmatized group, which makes many afraid to ask for help or to seek support because they have been so judged for most of their lives. [PALS have] people with lived experience who interact with their peers in a positive and respectful way, without any judgment.”

All PALS staff reported increased ability and confidence to deliver harm reduction and health promotion programming, as well as increased skills and confidence in reducing personal risk behaviours. Competencies were strengthened through training on topics such as overdose prevention, community resources, confidentiality and harm reduction. They gained paid employment and increased self-efficacy through “giving back” and helping those being released.

The evaluation of our program shows that PALS was implemented as planned, making course corrections to barriers and challenges as they emerged. For example, the novel coronavirus disease (COVID-19) pandemic resulted in a temporary suspension of activities, and thus reduced the number of people reached by March 31, 2020.  Protocols were revamped to ensure the prisoners released were being offered adequate supplies and support during the pandemic, particularly as this population is among the most vulnerable when there is a public health crisis and economic collapse.

PALS effectively builds the capacity of peers to deliver harm reduction services and to reduce risk behaviour among substance users in transition from incarceration to the community. Data collection will continue to chart the evolution of the program.