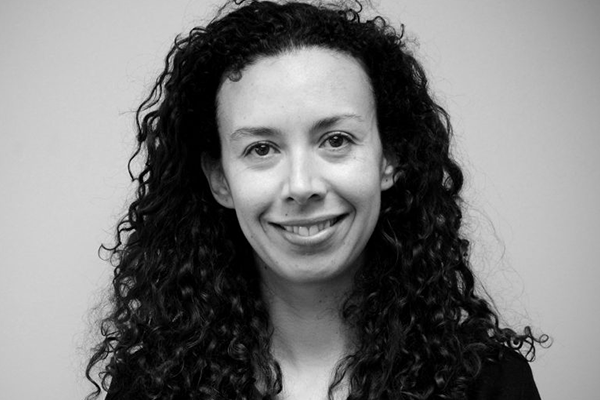 As deaths from many communicable diseases continue to decline globally, deaths caused by viral hepatitis have now surpassed all other chronic infectious diseases, including HIV/AIDS, malaria and tuberculosis. Yet it is one of the few global health threats with easy solutions. Highly effective vaccines exist for hepatitis A and B. We now have a cure for hepatitis C. With these tools at our disposal, why aren’t we seeing an impact on the epidemic?

That was one of the questions on the mind of 900 delegates at the World Hepatitis Summit earlier this month in São Paulo, Brazil. I joined fellow civil society representatives from Canada at the three-day global meeting, organized by the World Health Organization (WHO), the World Hepatitis Alliance and the Brazilian government.

It was only the second summit of its kind, and the first since 194 countries – including Canada – signed on to the WHO’s Global Health Sector Strategy on Viral Hepatitis. On the one hand, we heard inspiring updates from countries that are on track to meet their targets. On the other, we heard from countries struggling to ration treatment in the face of exorbitant drug prices. Yet from all of their experiences, I took home four key lessons that can help inform the Canadian response to hepatitis C.

We need a plan and we need to finance it

At the summit, we learned that 82 countries have viral hepatitis elimination plans in place, and one-third of these are financed. Nine countries are on track to reach the elimination targets we all agreed to just one year ago. Canada doesn’t even have a plan yet.

Egypt has the highest hepatitis C prevalence in the world, but it can now also boast the highest number of people cured in the past two years: 1.4 million treated, with success rates of 95%. The ingredients of Egypt’s success included strong political leadership and coordination of a multi-stakeholder committee struck nearly a decade ago. Civil society organizations were engaged in the conception and roll-out of the national plan. Egypt’s remarkable commitment to the elimination of hepatitis is so strong, that it has set its own target for elimination at 2020, a decade ahead of the rest of the world!

Offer treatment to everyone with hepatitis C

Clinical guidelines say that everyone who is diagnosed with hepatitis C and ready for treatment should be offered it upon diagnosis. However, very few countries in the world are able to implement this. Partly due to outrageous pricing agreements for the new treatments, many countries have been forced to “ration” their limited supply of drugs by prioritizing certain patients over others, either based on stage of liver disease, age or drug use. A number of jurisdictions – including several Canadian provinces – are moving towards universal treatment or re-negotiating their treatment schemes, and the WHO is expected to issue a formal recommendation next year.

Australia is the envy of the world as one of the first countries to make “access for all” public health policy. Australia’s elimination plan includes universal access to hepatitis C treatment (no restrictions based on liver disease or drug/alcohol use) and integration and scale-up of hepatitis C treatment in primary care settings, not just specialty clinics. Australia also negotiated to pay for a set number of treatments up front in exchange for all future cases covered by industry, lifting a cap on treatment access.

People can’t be cured if they’re not diagnosed

Hepatitis C is curable, but nearly half of Canadians living with the virus are undiagnosed. If they don’t know they’re at risk and their healthcare providers don’t screen them, a person can live with hepatitis C for 20 to 30 years without any symptoms. In Canada, leading experts recommend hepatitis C testing for all people born between 1945 and 1975, but this recommendation has been contradicted by a federal task force concerned about the cost implications.

By comparison, Brazil has committed to scaling up screening across the country, reaching priority populations through primary care settings. A bold target that Brazil has set for itself is diagnosing and treating all of the estimated 660,000 Brazilians living with hepatitis C in the next 13 years. That’s double the estimated number of people living with hepatitis C in Canada!

No elimination without harm reduction and drug decriminalization

Globally, people who use drugs are by far the group most disproportionately affected by hepatitis C. The Global Health Sector Strategy on Viral Hepatitis identifies harm reduction as one of five core interventions needed to reach the goal of hepatitis elimination of 2030. A core component of a comprehensive harm reduction approach is addressing legal and institutional barriers to accessing services. A number of countries have gone even further, moving towards decriminalization of drug use to reduce the barriers that hinder access to hepatitis C prevention and other critical health services.

Portugal decriminalized all illicit drug use in 2001, resulting in a dramatic decrease in hepatitis C and HIV infections. Australia’s commitment to reaching people who use drugs is also reflected in its national action plan and treatment guidelines, which do not discriminate based on the patient’s drug use.

Eliminating viral hepatitis is possible. We have the evidence, tools and global commitment to reach this. What is missing is political will and leadership. And as Portuguese Member of Parliament Ricard Leite affirmed in his presentation, “political commitment from governments is a moral and ethical obligation.”

Melisa Dickie is associate director of community health programming at CATIE. She also serves on the steering committee of Action Hepatitis Canada.