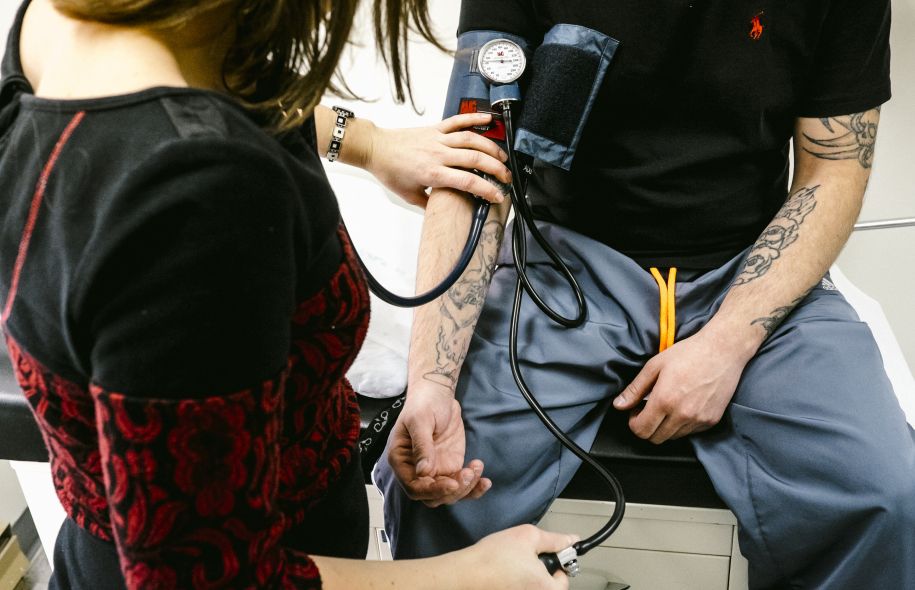 After a long battle, the SABSA solidarity co-operative clinic – an acronym which translates roughly to service at a low-threshold of accessibility – succeeded in negotiating a service agreement with the Québec Ministry of Health on July 20th, to continue to offer its services to members of the Saint-Roch and Saint-Sauveur communities in Québec City.

The SABSA clinic was founded in 2011 by a group of community outreach workers and nurses working in hepatitis C and HIV service organizations, who were confronted by both the spread of these epidemics in their communities and the lack of access to health care for those who needed it the most. Their innovative model of care is carried out by a team of nurse practitioners, with additional qualifications that allow them to operate without doctors onsite. At the core of SABSA’s approach is the access to care without bureaucratic hurdles for marginalized communities or communities vulnerable to Hep C / HIV, including people who use drugs. Their services are governed by a philosophy of care that is humanistic, pragmatic and guided by a harm reduction approach. The innovative style of the clinic and the dedication of its workers mean that they can offer hepatitis C treatment, post-treatment and follow-up care, as well as a range of other nursing and psychosocial supports to the hundreds of people who have passed through their doors.

In March of this year, faced with a categorical refusal from the provincial Minister of Health to fund its activities, the clinic was forced to shut down a large portion of its services, including its drop-in clinic. The minister insisted that patients served by the clinic simply integrate into traditional services, despite major access barriers for marginalized communities and excessive waitlists. Since the launch of a fundraising campaign this spring, SABSA managed to raise $250,000, while at the same time mobilizing the community to demand that the Ministry allow the clinic to remain open, and insist on its critical importance in responding to the health needs of the neighbourhood and surrounding areas.

In May of this year, CATIE organized a Learning Institute in conjunction with CAPAHC’s 3rd Hepatitis C Symposium, and the PNMVS’ 6th Hepatitis C Symposium. The CATIE event brought together frontline workers from across Québec (peers, nurses, doctors, needle exchange and outreach workers) to reflect on access to hepatitis C services among specific populations, particularly Aboriginal communities and people who use drugs, as well as the various obstacles these same communities are confronted with in seeking care. During this event, the SABSA team presented their work model, as well as promising strategies to deliver their services and to respond concretely to the needs of these communities.

SABSA’s model of care is not only a resounding success, but represents a challenge to the approach to health care put forward by the Ministry, particularly since its 2015 healthcare system reform, characterized by centralization, privatization, massive cuts to public health, and the abandonment of principles of prevention and health promotion. During their presentation at the Learning Institute, the excitement in the room was tangible. Having worked for years in community health with people facing systemic marginalization, I was not the only one in the room to have been overly confronted with peoples’ right to health violated, with the incoherencies of the health-care system, and with the steady degradation of the health of my clients as a direct result. These moments of inspiration are all too rare in the current context of the healthcare system in Québec.

A huge congratulations to the SABSA team for holding down the fort, for having forced the Ministry to take ownership in responding to the health needs of the population, and for having built a model that is a source of motivation for all of us working in hepatitis C and HIV! Here’s to hoping that it opens the way for the proliferation of similar models, similarly founded on principles of proximity, autonomy, accessibility, and solidarity.

Liam Michaud has been working as a frontline service provider in harm reduction for the last 10 years. Before joining the CATIE team, he worked as a street outreach worker for CACTUS Montréal, supporting the rights of people working in the sex industry and people who use drugs. He also worked with Continuité famille auprès des détenues, an organization that helps women and youth affected by criminalization and incarceration. He is an active member of AQPSUD, an organization founded by and for people who use drugs in Quebec.  Liam now works at CATIE as the Regional Health Education Coordinator for Quebec.