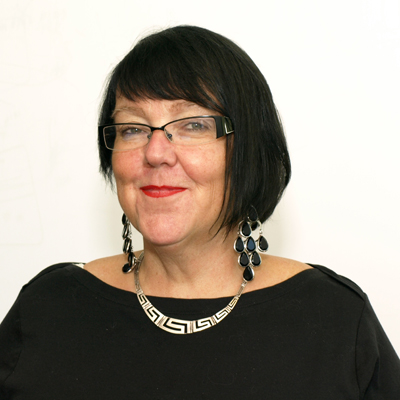 The administration of naloxone, a chemical compound that effectively temporarily reverses the effects of an opioid overdose, is recommended by the World Health Organization to be used in the case of an opioid overdose. Naloxone is currently available in Canada only in an injectable form and by prescription only; it can only be administered to the person named on the prescription, not to a third party. With the objective of making naloxone more widely available in Canada to address the growing number of opioid overdoses, and consequent on a review of health and safety data, Health Canada has suggested an amendment to the prescription drug list to allow non-prescription use of naloxone specifically for emergency use for opioid overdose outside hospital settings. A public consultation on the proposal has been initiated and if the change in status continues to be supported by consultation evidence, the change will be finalized.

This development can certainly be interpreted as a drug policy paradigm shift. Acknowledging that some people are not yet ready, not yet able, or not yet willing to stop using drugs, this proposed change in drug prescription status clearly has the potential to alter the risk environment of drug use and reduce the significant overdose harm associated with the use of opioids. The potential for application of the wider use of naloxone is clearly demonstrated in the data from Project Rock, our recent study among 125 youth in Ottawa who use and inject drugs. In addition to personal experience of non-fatal overdose events, the majority of both women (53%) and men (71%) had seen someone else overdose. If these youth could be provided with the “epi-pen” of overdoses with associated training in its use, the harm averted would be exponential.

A significant reformulation of Canadian drug policy to support wider coverage of the administration of naloxone can however be only one step, albeit a crucial step, in responding to the increasing incidence of opioid-related overdoses. As an opioid antagonist, naloxone has a time-limited effect in reversing the symptoms of an opioid overdose; accessing further emergency care as the person recovers is essential to optimal health. Surviving an overdose is often clearly related to speedy access to emergency medical assistance. Reluctance or hesitation by witnesses to an overdose to summon emergency medical help is well documented in other studies and is primarily attributed to fear of prosecution. In our study, the majority of youth reported that 911 (emergency responder) was not called the last time they overdosed.

As argued by the Canadian Drug Policy Coalition, Good Samaritan Immunity legislation, successfully implemented in 30 American states and providing protection from prosecution for drug use and possession if the evidence is obtained as a result of the person calling 911, has the potential to have a profound effect on enabling more witnesses to summon emergency assistance. The recent tabling of the “Good Samaritan Drug Overdose Act” in the House of Commons by Liberal MP Ron McKinnon, introducing legislation that aims to lift the fear of reporting a drug overdose by providing those who call 911 during an overdose amnesty from being charged with drug possession, is a further significant policy shift in modifying the risk environment of drug use in Canada.

Characterized in Canada as the “fentanyl crisis,” the fatal consequences of opioid-related overdoses at the individual level reveal the urgent need for these two components of policy reformulation and associated programming at the provincial and federal level to further respond to the need to reduce the harms associated with drug use in general and fatal and non-fatal overdose events in particular.

We need to make every effort to ensure these initiatives receive our strongest support. Health Canada is giving people the opportunity to comment on their proposal to revise the listing for Naloxone on the Prescription Drug List (PDL) to allow the non-prescription use of Naloxone. Please make your voice heard by reading their notice and sending your comments to drug_prescription_status-statut_d’ordonnance_des_drogues@hc-sc.gc.ca. You can have until March 19, 2016 to lend your support!

Dr. Lynne Leonard is Director of the HIV and Hepatitis C Prevention Research Team at the University of Ottawa where she holds an academic posting within the School of Epidemiology, Public Health and Preventive Medicine. Dr. Leonard holds an OHTN Chair in Applied HIV Research and is a member of the CATIE Board of Directors.