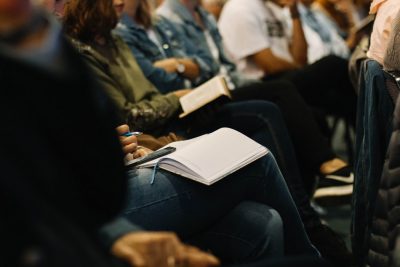 The focus of the World Hepatitis Summit was viral hepatitis, specifically hepatitis B and C. Hepatitis B has a vaccine; giving it to newborns or school-age children in Canada is standard practice. However, this is not the case in much of the developing world, and hepatitis B continues to be endemic in many regions. Some countries including China, Pakistan, India and the Philippines also have significant hepatitis C epidemics.

In Canada we are mostly concerned with hepatitis C, and its disproportionate impact on marginalized populations including people who use drugs, Indigenous communities, prisoners and immigrants and newcomers from endemic countries. Many of us in the HIV field have recently embraced efforts to integrate hepatitis C into our movement.

In light of the hepatitis epidemic, the WHO established the Global Hepatitis Programme in December 2011. The World Health Assembly asked the WHO to assess the feasibility of eliminating hepatitis B and C. To address this, the WHO is currently developing the first global strategy for hepatitis in broad consultation with global stakeholders. In May 2016 the resulting draft will be presented to the World Health Assembly for adoption by member states.

The WHO has developed a provisional document to assist in the development and assessment of national viral hepatitis plans. It is an excellent document that could assist Canada in developing our own hepatitis strategy. Dramatically driving down the hepatitis C epidemic is possible with the recent hepatitis C treatment advances and other key interventions such as safer injection practices, harm reduction and scaling up testing and linkage to care. Preventing and treating saves costs and lives!

How will Canada’s Minister of Health respond? Dr. Gottfried Hirnschall, Director of HIV/AIDS Department and Global Hepatitis Programme at the WHO, told us that Canada is unwilling to sign on to the WHO’s first global strategy for hepatitis due to the inclusion of the term “harm reduction” in the language. At the World Hepatitis Summit, harm reduction warranted minimal mention; it is accepted policy and practice in most of the world. In Canada, every province and most municipalities of every size have needle exchange programs, opiate substitution programs, and we have the example of the exhaustively studied, evidence-informed and highly successful supervised injection site in Vancouver. Yet on the world stage, Canada is represented by anti-harm reduction guardians. Embarrassing and unconscionable.

*NOTE: Those able to attend the upcoming CATIE Forum on October 15 and 16 will have the privilege of hearing more about Scotland’s hepatitis C action plan in a presentation by Dr. Norah Palmateer.