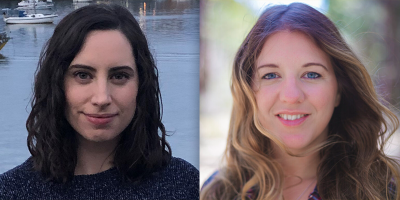 The International Network on Health and Hepatitis in Substance Users (INHSU) hosted its first hybrid virtual and in-person conference in Glasgow, Scotland, from October 19 to 21, 2022. INHSU brings together healthcare and social service providers, researchers, people with lived and living experience, advocates, policy-makers and community leaders to discuss emerging issues, innovative programs, new research and approaches to supporting the health of people who use drugs around the world.

Main conference themes included reducing harms and improving the health of people who use drugs, as well as assessing progress and possibilities related to achieving the elimination of hepatitis C as a public health threat by 2030 among people who use drugs.

In this blog post, we’ll present a few key themes and takeaways from the conference, which highlight the opportunities and challenges for Canadians in the two connected fields of health and hepatitis C elimination among people who use drugs.

Canadian research and voices were prominent at the conference, including in discussions on reducing harms and improving health, most notably regarding safe supply. However, they were nearly absent in discussions about tracking progress towards hepatitis C elimination at the pan-Canadian or regional level. One notable exception was a presentation about Canada’s progress on research methods to monitor prevalence and incidence of sexually transmitted and bloodborne infections among certain populations. The presentation proposed opportunities to support the assessment of hepatitis C elimination targets by adapting Canada’s national Tracks survey of people who inject drugs (Joseph Cox, Ontario).

Presenters shared a number of success stories from countries and regions that are on track towards elimination or moving in a promising direction, including Australia, Scotland, Iceland and Georgia. Places like Iceland and the region of Tayside in Scotland have already achieved their elimination targets and are now working on sustaining the response.

The region of Tayside in Scotland has achieved elimination targets through a strategy of rapid and wide-scale access to hepatitis C treatment, called ‘treatment as prevention,’ in combination with access to harm reduction services. Sustaining their progress and ensuring national elimination is achieved will require more testing and re-testing with linkage to care and access to treatment, as well as building on their success in other parts of Scotland (John Dillon, UK).

Harm reduction as a tool for hepatitis C elimination

The combination of criminalization, the higher prevalence of hepatitis C among people who use drugs, and limited access to harm reduction interventions in prisons means that access to hepatitis C testing and treatment within prison systems is key to national and regional elimination efforts. Micro-elimination of hepatitis C through intensive test and treat initiatives has been achieved in several prisons around the world, with sustained efforts to maintain elimination targets (George Kalamitsis, Greece; Nichola Royal, UK). More than 80% of prisons in Moldova have anonymous peer-to-peer needle exchange programs, which began in 1999 and are now part of efforts to integrate the United Nations recommended comprehensive package of HIV prevention, testing, treatment, care and support in prisons (Svetlana Doltu, Moldova).

Many presenters also shared success stories for smaller-scale hepatitis C elimination projects. These projects often focused on ways to simplify the patient journey, reduce the number of steps required across the cascade of care and improve access to services. Presenters challenged the idea of people being “hard to reach” and emphasized that it is really services and care providers who can be hard to access (Andrea Sereda, Ontario; Mary Munro, UK). Common features of services included:

Discussions on hepatitis C elimination efforts often focus on the big picture and can feature large, abstract data sets. However, presenters stressed the importance of using a person-centred approach to hepatitis C care. This approach insists on working together to address a person’s hepatitis C care and support other needs they identify. It was said again and again that focusing on one health issue – for example, only hepatitis C – is never going to be adequate to support the holistic health of people who use drugs. Programs and services should address the needs of the whole person and move beyond providing siloed health care.

Reducing harms and improving the health of people who use drugs

While Canada has a lot to learn from other countries when it comes to pan-Canadian and regional hepatitis C elimination efforts, Canadian researchers, clinicians and people with lived and living experience featured prominently in discussions about reducing harms and supporting the health of people who use drugs.

Ending the criminalization of drugs

In an opening plenary session, a graph displayed countries with the highest rates of drug-related deaths per capita, which were defined as deaths from accidental overdose. Canada ranked third, with the United States and Scotland taking the first and second spots. Scotland had more than three-and-a-half times the number of drug-related deaths compared to the rest of the UK (Andrew McAuley, UK). These crises are all rooted in inadequate policy responses that not only fail to stop entirely preventable deaths, but even facilitate them. However, unlike in North America, Scotland’s crisis is not related to synthetic opioids poisoning the drug supply, such as fentanyl. Scotland has a long history of benzodiazepine (benzo) use among people who use drugs and the current crisis is related to co-use of benzos (often pills) and opioids. North America and Scotland have both made similar efforts to reduce prescribing of opioids (in North America) and benzos (in Scotland) which had the unintended consequence of driving people towards an increasingly toxic illicit supply.

There were many clear and loud calls for decriminalization with no punishment models (Matthew Bonn, Nova Scotia; Marion Selfridge, British Columbia; Shaun Shelly, South Africa). Niamh Eastwood (UK), co-author of a report entitled A Quiet Revolution: Drug Decriminalization Across the Globe, described how prohibition has failed miserably, including failing to reduce drug use, reinforcing the stigmatization of people who use drugs, and creating barriers to accessing harm reduction interventions and other essential health and social services. Niamh Eastwood highlighted an expanding body of evidence that demonstrates improved health outcomes as a result of decriminalization and the growing advocacy pushing for the end of criminalization.

Canada as a global leader in safe supply programs

Decriminalization on its own is not enough. There also needs to be access to a safe supply of drugs. Forms of safe supply programs have existed for decades in some countries. It can be administered through different types of models including heroin-assisted treatment, medical safe supply and compassion clubs (Matthew Bonn, Nova Scotia). Safe supply is not addiction treatment, it is a harm reduction intervention (Alexandra Holtom, Quebec; Andrea Sereda, Ontario; Emmet O’Reilly, Ontario), and its goal is to convert people using drugs from the unregulated supply to using drugs of known dose and purity (Andrea Sereda, Ontario).

Promising results were shared from a number of Canadian medical safe supply initiatives, including in British Columbia, Nova Scotia, Ontario and Quebec. In one evaluation of a program out of the London InterCommunity Health Centre, positive outcomes included improvements in physical and mental health, as well as reductions in overdoses, emergency room use, hospital admissions, illicit fentanyl use, engagement in survival crime and, in some instances, even led to the cessation of injection drug use (Andrea Sereda, Ontario). As emphasized by Alexandra Holtom (Quebec), safe supply is not just about saving lives, but also about enabling life. A provincial-level evaluation of safe supply prescribing that began in British Columbia during the early days of the COVID-19 pandemic highlighted many positive outcomes. However, it also reinforced that if safe supply is administered through the same structures and policies as OAT, it will inevitably replicate the same challenges and weaknesses that exist within the OAT model of care (Marion Selfridge, British Columbia). Presenters emphasized the need for expanded options for substances available in safe supply programs including stronger opioids, such as prescribed fentanyl, as well stimulants and benzodiazepines. There needs to be greater access to low-barrier and non-medicalized, community-run safe supply programs delivered by people who use drugs, such as the compassion club run by the Drug User Liberation Front in Vancouver. Beyond decriminalization and safe supply programs, presenters also called for governments to legalize and regulate drugs.

Canadian presenters raised alarm bells: fentanyl will eventually enter drug supplies in other parts of the world, leading to dramatic increases in drug poisoning deaths. Countries should begin implementing safe supply now to be prepared for this eventual crisis and mitigate the number of deaths. Andrea Sereda (Ontario) mapped out the connections between an increasingly toxic drug supply in Canada and increases in opioid tolerance, which has rendered conventional dosing for OAT and even current safe supply medications inadequate. She also highlighted that countries where fentanyl has not yet entered the drug supply have a chance to get a head start by implementing safe supply before people’s tolerances increase.

Garth Mullins (British Columbia) from the Crackdown Podcast led a panel discussion with people who use drugs from around the world. He emphasized the dangers of continuing drug criminalization and punitive law enforcement, including how they have driven the introduction of more potent and unpredictable substances into the drug supply. Garth Mullins stated that his intention wasn’t to be alarmist. He wants to encourage countries to prepare now by making better policy and practice choices so that they can prevent crises similar to Canada’s.

Improving access to harm reduction services for people who use drugs

Presentations from around the world featured a wide range of harm reduction topics including:

When it comes to creating change, presenters shared examples of when grassroots, community-led action has worked better than waiting for policy-makers to enact change. People who use drugs have operated underground needle exchanges at times when they were illegal or inadequately meeting people’s needs and opened unsanctioned supervised consumption sites or overdose prevention sites when the politics of the day failed to do so. The Drug User Liberation Front started their compassion club at a time in Canada when there is limited local access to medicalized safe supply (Ann Livingston, British Columbia; Magdalena Harris, UK). Shaun Shelly (South Africa) also emphasized the power of working at the municipal level to create change and shared a success story that resulted in a trial for a number of new policies in his local community, which he referred to as a “policy sandbox”. Through finding common ground, connecting on shared goals, building relationships and humanizing one another, he fostered collaboration among the local police, municipality, community policing forums and people who use drugs.

While Andrew McAuley (UK) opened the conference stressing that “every drug death is preventable”, Alexandra Holtom (Quebec) underscored that it is “not just about safer supply saving lives and preventing overdose, it’s about enabling life”. Garth Mullins (British Columbia) advised attendees to start drug user unions wherever they are and support those already in existence. Magdalena Harris (UK) also urged attendees to reflect on the limits of an approach that focuses heavily on health outcomes, emphasizing that working to enhance the human rights of people who use drugs is an essential part of building effective policies and programs.

Rivka Kushner is the manager of national hepatitis C knowledge exchange at CATIE.

Brooke Nolan is marketing and communication manager at INHSU.