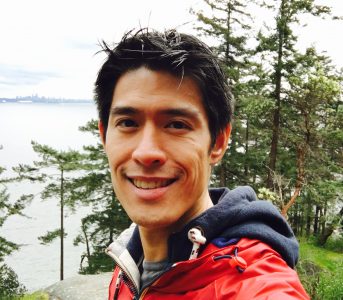 A few days before ringing in the New Year, I received an email notification that got me super excited about the future of HIV prevention. I needed the boost – the omicron surge of COVID-19 was just starting to tear through communities across the country, and had even hit my own household, making for a painfully lonely holiday season just as my husband and our kids were starting the school winter break.

The announcement was a pleasant distraction: On December 20, 2021, the United States Food and Drug Administration had just approved long-acting cabotegravir (CAB-LA) for use as HIV pre-exposure prophylaxis (PrEP) in that country. This regulatory approval meant that adults and adolescents in the U.S. weighing 35 kg or more could officially start receiving this injectable medication every eight weeks for the prevention of sexually acquired HIV infection.

The news wasn’t exactly a surprise: the clinical trials of this exciting prevention strategy had launched a few years ago, and their groundbreaking results had been shared and published in major medical outlets over the past year and a half. But I’ll confess that I’d lost track of where things stood in the regulatory approvals process, and as such, I simply wasn’t expecting it to happen so soon. Nevertheless, the news got me giddy with excitement.

Long-acting cabotegravir is safe and effective at preventing HIV

Known by their protocol numbers, HPTN083 and HPTN084 were two large, multicentred, randomized controlled trials that proved that long-acting cabotegravir, a relatively new, injectable antiretroviral drug that is classified as an integrase inhibitor, was highly safe and effective at preventing HIV. In both trials, half the study participants were randomly assigned to receive CAB-LA every eight weeks, while the other half was randomly assigned to receive the standard of care: tenofovir disoproxil fumarate/emtricitabine (TDF/FTC, also known as Truvada) as a daily oral pill. To maximize impact at the global level, the trials were conducted in two sibling populations: HPTN083 was conducted in gay, bisexual and other men who have sex with men and transgender women on four continents, while HPTN084 was conducted in cisgender women in sub-Saharan Africa.

There are a few important things to say about the results of these landmark trials. First, both studies were designed as what scientists call non-inferiority trials, meaning that the goal was simply to determine whether long-acting cabotegravir was at least not worse than the pill forms of PrEP that we already have. The reason for doing this type of study is that it would typically be considered a failure if a new treatment option were actually worse at achieving some health outcome than the existing standard of care. What was remarkable about both studies, however, was that they both confirmed not only that injectable PrEP was not worse than oral PrEP – they actually showed that it was statistically significantly better. This point is really worth driving home. Going into this study, we already knew that daily oral PrEP reduces the risk of HIV acquisition by almost 100% when users are able to take it consistently. So, proving that injectable PrEP is even better than that underscores its other main advantage – namely, that eight-weekly injections make it substantially easier for folks to stay on treatment, by removing the need to remember to take a pill on a specific schedule. (Of course, this isn’t to say that remembering to show up for eight-weekly injection appointments isn’t also a potential burden, but it certainly helped with drug adherence for many study participants.)

Another key point is that the side effect profile of injectable cabotegravir was generally favourable. As one would expect, getting jabbed in the butt with a needle containing 3 mL of fluid is irritating – literally – to the skin. The most common adverse effect in those study arms was swelling, redness and/or pain at the site (collectively referred to as injection site reactions or ISRs). But the data also showed that the vast majority of these reactions were mild, and that the proportion of people who experienced them went noticeably down after repeated injections. For instance, in HPTN083, although the majority of patients (nearly 60%) complained of ISRs after their first dose of medication, less than half (48.4%) reported them by the time of their second injection, and this proportion stabilized at about a third of participants by dose number six. The typical duration of an ISR was about three to four days, and only 2.2% of CAB-LA participants chose to stop receiving injections because of this side effect.

Long-acting cabotegravir is exciting to me for lots of different reasons, but most importantly, because it represents a dramatic expansion in the choices available to people who want to protect themselves against HIV. Prior research by my team has shown that, not surprisingly, people like the idea of having different tools available for preventing HIV, and our more recent work shows that expanding the number of choices available means that more people may be willing to use PrEP – in the parlance of public health, it leads to greater population coverage. Decades of research in the field of contraception – an area that many people have compared to PrEP in the past – have also demonstrated the importance of expanding people’s options. This principle is so fundamental to the work that my research team does that, several years ago, we named ourselves the Options Collaboratory in HIV Treatment and Prevention Science.

Other PrEP strategies in development

A new era of long-acting PrEP strategies is hopefully just around the corner. A multitude of clinical trials are currently studying products that could be administered as infrequently as monthly (for example, oral islatravir), every two months (intravenous antibody infusions), every six months (lenacapavir as a subcutaneous injection) or even annually (implantable tenofovir).

In addition, for people with a vagina, the monthly dapivirine vaginal ring has not only been demonstrated to be safe and effective, but it has been formally recommended as a PrEP option by the World Health Organization for over a year now. There’s lots we still need to learn on the medical front about all these options, and it’s possible that some of the ones still in development may never see the light of day, but I’m hopeful that we can harness these sorts of tools to empower a broader range of people to protect themselves against HIV in the future.

It’s for these reasons that I, together with amazing collaborators at the Community-Based Research Centre, CATIE, and a variety of other community and academic partners across Canada, have been busily launching a program of research funded by the Canadian Institutes of Health Research to see how we can best prepare for that future together. There are ample data from Canada, the United States and around the world showing that HIV rates continue to disproportionately affect Black people, Indigenous people, and so many other equity-seeking groups, and that the rollout of oral PrEP over the past several years has been highly inequitable.

Rethinking how we link people to HIV prevention

The variety of new treatment modalities for long-acting PrEP, including injections, infusions, implants and more, means that we will necessarily have to rethink how we link potential users to these products, and I strongly feel that we need to harness this reality as an opportunity to reimagine how we deliver PrEP.

Our research program is called The Future of PrEP is Now, and will include a suite of qualitative and quantitative components aimed at taking the pulse of our communities on the topic of long-acting PrEP, assessing the health system implications and feasibility, and designing the next phase of action-oriented implementation research to figure out how to utilize long-acting PrEP to achieve a more just, equitable HIV prevention reality.

For the time being, injectable PrEP is not yet approved in Canada, but that day is hopefully coming. Importantly, long-acting cabotegravir may definitely not be a panacea. It’s very possible that some people simply will not want it, and it must always be the individual person’s choice, not anyone else’s, that should determine which PrEP option, if any, they want to try.

The history of contraception teaches us that the emergence of long-acting options carries the risk that clinicians may inappropriately favour its use over other options, particularly for racialized or other equity-seeking groups, under the assumption that certain types of people are ‘more appropriate’ for such products. Such attitudes take away patient autonomy, are rooted in structural racism and paternalism, and have no place in the provision of equitable health services.  But we do need to make a range of HIV prevention options available. We also need to raise awareness, consult with community, and plan collaboratively to maximize the potential benefits of new PrEP technologies for everyone.

CATIE and CBRC held an informational webinar on March 22, 2022, to start discussing these issues, and we invite anyone who’s interested to watch the recording. The future of PrEP is now, and I’m excited for us all to continue the conversation.

Darrell H. S. Tan is an infectious diseases physician and clinician-scientist at St. Michael’s Hospital, where he leads the Options Collaboratory in HIV/STI Treatment and Prevention Science. He is also an associate professor in the department of Medicine and Institute of Health Policy, Management and Evaluation at the University of Toronto. His research focuses on clinical trials and implementation science in the areas of HIV prevention and treatment, sexually transmitted infections and COVID-19. Dr. Tan holds a Tier 2 Canada research chair in HIV prevention and STIs, is co-lead of the HIV prevention core of the CIHR Canadian HIV Trials Network; and is a member of the governing council of the International AIDS Society.