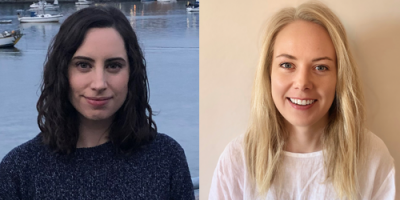 The International Network on Health and Hepatitis in Substance Users (INHSU) expanded its mandate in 2020 beyond viral hepatitis to include the holistic health of people who use drugs, and from October 13 to 15, 2021, the organization hosted its first conference with this expanded mandate.

Held virtually, this year’s conference brought together people with lived and living experience, healthcare and social service providers, researchers, advocates, policy-makers and community leaders to discuss promising practices, emerging trends, new research and what’s needed to support the health of people who use drugs around the world.

An overarching theme of the conference related to drug policy and the harms and stigma that result from the criminalization of drug use. While Canada was noted as a place where harm reduction services have set examples for the world, including supervised consumption sites and safe supply pilot projects, the Canadian response was also criticized for failing to stop the staggering number of drug poisoning deaths across the country.

Here are a few key themes and takeaways from the conference, starting at the policy level:

“If we accept that health is more than the absence of disease, then we must accept that too often government is asking us to help solve problems it is actively making worse.” – Sione Crawford, CEO, Harm Reduction Victoria, Australia

Criminalization is the ultimate form of structural stigma. Many speakers at the conference called for the decriminalization of drugs, and Alison Ritter (Australia) offered a pathway to creating policy change. She suggested that the root of the problem may be in identifying – and collectively agreeing upon – the root of the problem. Ritter walked through an example of a ‘problem’ commonly identified by policy-makers: the fact that people use drugs. The ‘solution’ to this ‘problem’ is typically a law-enforcement-focused response to attempt to reduce the availability of drugs. Conversely, if the ‘problem’ identified were the potential harms from using drugs and the marginalization caused by stigma and criminalization, the matched ‘solution’ would look very different.

Carrie Fowlie (Australia) emphasized the critical role that civil society plays in a democracy and the need for advocacy, seeking out policy windows of opportunity, and being clear about the values driving advocacy work and the politics of the day. Alison Ritter encouraged conference attendees to consider their own roles as ‘policy entrepreneurs’ and to think through ‘problems’ and the matched ‘solutions’ that might come from future policy windows, such as the harms from policing and criminalization, how drug laws reduce access to healthcare, the harms of the illegal drug supply and the overall cost to society.

Social and structural determinants of health – which can also be thought of as structural drivers of health inequities or harms – are created and reinforced through government and institutional policies. These policies produce structural violence that drives poor health outcomes.

Here’s an example: lack of access to and availability of affordable housing creates housing instability, including homelessness. People experiencing housing instability, including homelessness, are more likely to have hepatitis C or HIV, or to get hepatitis C more than once (Sarah Wakeman, United States; Jack Stone, United Kingdom; Marguerite Beiser, United States; Jon Johannesson, Iceland). Government policies define funding allocations for public health, which are often disease-specific approaches (such as focusing on hepatitis C or sexually transmitted and blood-borne infections). Only focusing on hepatitis C or substance use or any one health issue is inherently insufficient to address the structural drivers of health inequities, which can ultimately improve overall well-being.

Here’s another example: the racist history of drug policies in many countries, including Canada and the United States, creates a foundation for the increased criminalization of racialized communities for drug-related crimes (Sarah Wakeman, United States; Alison Ritter, Australia). Concurrently, Sarah Wakeman (United States) notes that in the United States there has been a white-washing of the drug poisoning crisis (also referred to as the overdose crisis) as an issue facing white people, with an erasure of experiences of Black communities despite an increasing impact of the crisis among Black individuals. Wakeman also noted that people who experience marginalization are more likely to die from an overdose, such as people experiencing homelessness or with a recent interaction with the prison system.

The drug poisoning crisis, where we see people dying from an entirely preventable cause, has been created by a failure of policies. Widening wealth disparities magnify harms experienced by marginalized communities, which are created and exacerbated by policy decisions. The health and well-being of people who use drugs at its core is an issue of social justice and this cause should be linked with broader social justice movements in efforts to change policies (Alison Ritter, Australia).

Phillip Read (Australia) introduced inclusion health as a promising approach to address extreme health inequities. The aim of inclusion health is to highlight the consequences and severity of extreme inequity, the need for harm reduction, prevention and early intervention, and the need for access to services for people harmed by exclusion. Delivered within a trauma-informed care approach, these services may include housing first, pharmacological and psychosocial support, assertive case management, disease prevention and additional social supports.

One example involves implementing a “no-wrong-door approach” with multiple avenues for linkage to services. Further, at a basic level, Kimberly Page (United States) reminded us how providing kind and compassionate healthcare is essential, and that there may be a need to address cultural competency gaps related to supporting people who use drugs and people who are experiencing poverty within care delivery teams.

Impact of COVID-19, and the innovations we want to sustain

The COVID-19 pandemic has highlighted to what degree health is affected by access to resources, reliable and credible information, and individual and community empowerment (Judy Chang, INPUD). Challenges resulting from the COVID-19 pandemic include the impact of lockdowns, closures and physical distancing, which – for varying periods of time – significantly reduced access to healthcare and essential services, including hepatitis C and harm reduction programs (Niklas Luhmann, World Health Organization – WHO). With hepatitis C, the number of diagnostic tests and people being treated has not yet returned to pre-pandemic levels (Sharon Hutchinson, United Kingdom). The impact of disruptions to service access, including for hepatitis testing and treatment, is anticipated to have a strong longer-term impact (Niklas Luhmann, WHO).

A major example of an adaptation to the pandemic that has resulted in positive outcomes can be found in the delivery of opioid agonist treatment (OAT). During the COVID-19 pandemic, 47 countries expanded capacities for providing longer periods for take-home doses of OAT (“carries”, as opposed to witnessed doses) (Niklas Luhmann, WHO), including Canada. These kinds of reduced demands on patients receiving OAT had an overall positive impact on patient outcomes (Rick Altice, United States; Dragos Vlad, Canada; Matt Bonn, Canada). This is a change that people who use drugs have been advocating for a long time and should be sustained after the COVID-19 pandemic.

We know that low-barrier, integrated and decentralized hepatitis C prevention, testing and treatment services remain key to achieving hepatitis C elimination goals. The evidence base for these programming innovations has been growing for a number of years, and program adaptations to the pandemic have improved and created new opportunities for accessing hepatitis C and healthcare services. Here are a few examples:

There is concern that within efforts to eliminate hepatitis C, harm reduction is being made invisible by hepatitis C treatment (Carrie Fowlie, Australia). Carrie Fowlie asked, we know about treatment as prevention – but what about prevention as prevention? It is not going to be possible to eliminate hepatitis C through treatment access alone. There is strong evidence for needle and syringe access and OAT to reduce the chance of hepatitis C, HIV and other blood-borne infections, yet less than 1% of people who inject drugs globally live in a country with high-coverage needle and syringe and OAT access (Sharon Hutchinson, United Kingdom).

Efforts to eliminate hepatitis C within the prison system capture this contradiction. There are many examples of increased access to hepatitis C testing, linkage to care and/or treatment within prisons and jails (Yumi Sheehan, Australia; Tim Papaluca, Australia; Lora Magaldi, United States; Sanam Hariri, Iran). However, there have been very limited increases in access to supervised consumption sites and needle and syringe programs, and inconsistent access to OAT to prevent new infections or re-infections (among other harms) within the prison system (Oluwaseun Falade-Nwulia, United States; Joanne Carson, Australia). Further, questioning why so many people in prison have hepatitis C to start with comes back to the policy issues at large around criminalizing people who use drugs.

Beyond these two key interventions, supervised consumption service access is very low worldwide (Marianne Jauncey, Australia). Canada leads the way, where about one third of total supervised consumption sites around the world are located (Paul Dietze, Australia). There is alarmingly inconsistent and inadequate availability of take-home naloxone internationally (Paul Dietze, Australia). Low-barrier and widespread access to harm reduction interventions is critical, and countries need to invest more in harm reduction.

Canada’s advances in harm reduction have been hard-won. They are the result of tireless advocacy from people who use drugs, often starting with ‘unsanctioned’ actions such as the first supervised consumption site in the Downtown Eastside of Vancouver that precipitated Insite, and overdose prevention sites popping up in parks and tents across the country. More recently, the Drug User Liberation Front (DULF) has been providing a tested supply of drugs with a known dose as part of their direct-action efforts to advocate for a safe supply of drugs outside of a medicalized model. Recent advances in harm reduction service access in Canada have been driven by policy windows that emerged from an ongoing tragedy, with the thousands having died from entirely preventable drug poisoning deaths. There are many lessons to be learned from Canada, and preparing for fentanyl and other synthetic drugs to enter the drug supply of other countries should be at the top of the list.

All these themes align with providing increased access to low-barrier services that meet people where they are at, address their holistic needs, and address the inequitable access to quality care experienced widely by people who use drugs. The crises of drug-poisoning deaths, hepatitis C, widening wealth inequities, lack of affordable housing, lack of adequate income assistance and racism are rooted in government policies that inadequately address or exacerbate these issues. A huge piece of that puzzle is about how governments shape drug-related and other policies.

Perhaps policy entrepreneurs are the key here, as Alison Ritter suggested: advocates, clinicians, service providers, professors, people with lived and living experience, parents and everyone in between. People who are clear in their values, seek out policy windows of opportunity and influence both how problems are defined and which solutions are matched to them, in order to save lives and improve the health and well-being of people who use drugs.

Rivka Kushner is the manager of national hepatitis C knowledge exchange at CATIE.

Nikitah Habraken is the acting executive director at the International Network on Health and Hepatitis in Substance Users (INHSU).