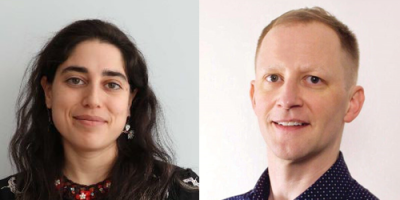 The overdose crisis in Ontario is often stereotyped as an “opioid injection” crisis. However, data show that significant numbers of overdoses are also being driven by stimulant drug use and inhalation drug use.

Overdoses continue to climb in the province, exacerbated by the COVID-19 pandemic and fuelled by failures in drug policy. However, harm reduction practice can adapt to support people regardless of which drugs and how they are used. While opioid-related deaths in Ontario continue to climb rapidly each year, new data show that stimulants are playing a significant role, particularly methamphetamine and powder and crack cocaine. Many overdose deaths now involve stimulants, or stimulants in combination with opioids like fentanyl. In fact, stimulants were a direct contributor in 58% of opioid-related deaths since the onset of the COVID-19 pandemic. People may use specific drugs for specific reasons. For example, for people who are homeless or underhoused, stimulants may allow a person to stay awake so they are not as vulnerable to theft or assault, and can suppress appetite so they don’t feel hungry. Of opioid-related deaths among people experiencing homelessness during the pandemic, nearly three out of seven involved methamphetamine in addition to opioids.

Years ago, the opioid supply primarily comprised heroin and some diverted pharmaceuticals (remember OxyContin?). Now, it has been almost entirely replaced with fentanyl and fentanyl analogues. Compared to other opioids, the effects of fentanyl are short lived. People may be taking stimulants alongside fentanyl, particularly long-lasting methamphetamine, to “give it legs”. People may also use stimulants to counter the strong “downer” effects of potent fentanyl, which is also frequently cut with sedatives like benzodiazepines.

COVID-19 lockdowns have also restricted drug trafficking routes, interrupting the supply of other drugs. Methamphetamine may have filled the gap created by this supply interruption, as it may be easier to produce locally and people are using whatever is available.

There is also concern about accidental cross-contamination of fentanyl with stimulants, including poor preparation and packing by drug sellers, or sharing a pipe that was used to smoke fentanyl. The residual fentanyl can be enough to cause an overdose, particularly if someone does not have a built-up opioid tolerance.

Despite the increasing use of stimulants, we do not hear enough conversations about them in harm reduction and overdose discussions. This silence may be fuelled by the many stereotypes about stimulants and who uses them, particularly the assumption that people who use methamphetamine are aggressive and violent.

Stimulants do not inherently cause aggression, but a lack of sleep and food can put a person on edge. More experienced and knowledgeable staff are often able to navigate conversations and interactions and avoid escalation. We need to support de-escalation training and we need to rethink programming to be aligned with the current realties of what drugs people are using.

Overdoses from inhalation are increasing, particularly during the pandemic

The overdose crisis is often viewed through the lens of injection drug use. However, people are also overdosing after inhaling drugs, including both opioids and stimulants. In Ontario, there is evidence that one third of overdose deaths involved opioid inhalation alone, up from 22% before the pandemic. Harm reduction workers used to encourage people to inhale drugs instead of injecting them as an overdose prevention strategy. It was considered a lower overdose risk because it is possible to smoke a bit of a drug at a time, rather than injecting it all at once. While this may still be true, the drug supply has changed and so have the risks. Harm reduction workers need to share more information about the risks that inhalation carries, and how to smoke more safely.

Although both injection and inhalation carry risks for overdose, harm reduction programs have been primarily designed around injection drug use. This is reflected especially in safe consumption sites and overdose prevention sites, where regulatory limitations and the need for complex and expensive ventilation equipment mean no sites in Ontario allow people to smoke or inhale drugs onsite. We must challenge the current setup of harm reduction sites and advocate to policy-makers to serve the growing need of people who are inhaling or smoking their drugs.

We must also recognize the diversity and fluidity of how people use drugs between different communities, populations and settings. The needs of Black, Indigenous and people of colour (BIPOC) communities are often not met by standard harm reduction programs and services. Harm reduction programs need to deepen relationships with diverse communities of people who use drugs and to cater services to their needs. Policy-makers need to broaden their understanding of harm reduction services and create policy frameworks that are inclusive of diverse populations of people who use drugs.

It’s not an overdose crisis; it’s a drug-policy crisis

Overdoses could be more accurately described as “poisonings” due to an unpredictable and toxic drug supply. People no longer know the potency or make-up of the drugs they are taking. The Toronto Drug Checking Service consistently shows that at least half of drugs being sold as “down” (most often fentanyl) now contain benzodiazepines. Benzodiazepines can increase the risk of overdose and complicate the use of naloxone during overdose response.

The illegal, unregulated drug supply is becoming more volatile and toxic as the years go by. Although there are regional trends in what drugs people use and how they consume them, the fact remains that people that are still dying in every community. Harm reduction workers are dedicated, innovative and responsive to these trends. However, these are “band-aid” responses to a deeper problem.

Until we change our federal drug laws and allow for a regulated supply of non-toxic and quality-assured drugs, we will continue to see fatal and non-fatal drug poisonings.

To highlight this issue, a recent webinar hosted by CATIE, OHRDP and OHRN explored the role of inhalation drug use and stimulants in Ontario’s overdose crisis. Watch the recording here to see the perspectives of panelists with a range of lived, frontline, and research experiences.

Nick Boyce is the director of the Ontario Harm Reduction Network.

Netta Kornberg is the knowledge exchange lead at the Ontario Harm Reduction Network.