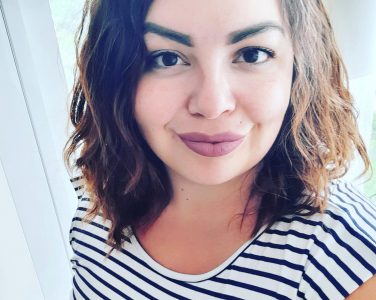 Just like across Canada, the number of overdoses continues to climb in Alberta because of a toxic drug supply, worsened by the COVID-19 pandemic that has interrupted the supply of drugs. In Alberta, drug toxicity deaths have been devastating to people with lived or living experience of substance use, as well as their friends and families. In the province alone, we have seen 1,334 fatal overdoses in 2020. We mourn each person lost.

The closure of borders has made the unregulated drug supply in Alberta even more unpredictable and toxic, with increasingly potent fillers used to cut drugs. Alberta Addicts Who Educate and Advocate Responsibly (AAWEAR), a group of people with lived experience of drug use, has been working hard on keeping our community safe. We keep up to date on drug trends by subscribing to the provincial drug alerts. Knowing what drugs are out there allows us to be better prepared to respond to overdoses. New signs of drug poisoning have been reported, with accounts of some people being both alert and having blue lips and grey dewy skin. We look out for the common signs of overdose to save people from dying.

The political landscape has created a lot of outrage among our community, with an elected provincial government that does not recognize harm reduction services as being important, life-saving services. While our most vulnerable people have had the doors to services closed on them since the start of the pandemic, our folks have not only been displaced, but forced to navigate new regulations that keep on changing.

People are being left in the streets because shelters have reduced capacity to manage outbreaks. Some have pulled away from services because they are afraid of getting infected with COVID-19. Others lost their community because in-person meetings were put on hold. People reported being consumed by isolation. We saw crime rates increase because basic needs were not met. All this stress caused our community to increase their drug use with fewer harm reduction tools, and drug toxicity deaths increased exponentially.

Along with these hardships, the Alberta government started closing down supervised consumption sites (SCS) across Alberta in August 2020, with the closure of ARCHES in Lethbridge. ARCHES was the busiest safe consumption site across North America, with an average of more than 500 visits per day. The alleged reason for closure was misappropriation of funds, but this rumour was confirmed to be unfounded. When the site closed down, the government allowed a mobile van to park outside of the Lethbridge Stabilization Centre and Shelter, but there were only two booths available for use at a time. With this closure, AAWEAR’s team went into overdrive, reversing overdoses during and after our shifts, whether we were working or not.

The next site to close was Boyle Street Community Centre in Edmonton, another crucial SCS with a high number of visits per day. Three days after the closure, and within a 48-hour time span, the community reported of finding bodies near the closed SCS and that emergency services responded to a high volume of overdose calls.

Now we are fighting to keep the Calgary safe consumption site at Safeworks open. The Government of Alberta has determined this site needs to be closed in order to protect undisclosed business interests, yet many Calgary businesses within the surrounding area are in support of both the SCS and harm reduction services.

Loss of trust among people who use drugs

Guidelines created for the operation of these supervised consumption sites have also created barriers for people who want to access these services. Identification restrictions are preventing many people who do not know their Alberta Health Care numbers from being allowed in. We also know that many people don’t have ID cards or have been victims of identity theft, a prevalent issue in the province. Many people who use drugs may prefer to provide an alias when accessing SCS for various reasons. All these scenarios lead to people having difficulties accessing SCS services. Restrictions like these also mean that some individuals choose to use drugs alone, something that has been proven to be very dangerous in the case of overdoses.

One of our biggest concerns with the closures of SCS is the severing of relationships that had been developed in these safe spaces. A lot of work has been done to create trust with people who use substances, some of whom have had negative experiences through Alberta Health Services. A lot of people have experienced trauma to the point of not feeling safe going to emergency services or stepping foot into a clinic. SCS are a lifeline for our community, places where people can go to get their life back, whether they choose to go into recovery or just use drugs with supports in place.

Opening more supervised consumption sites is important in order to reach people in different communities, but you can’t close existing sites down and open them elsewhere and expect things to improve over night. It doesn’t work that way. People don’t have relationships with the new sites. If anything, all these disruptions make people lose trust in the healthcare system and make people retreat. Overdoses will continue to climb with this type of uncoordinated approach.

This International Overdose Awareness Day (August 31), we want to bring awareness to the class action lawsuit against the Alberta government. The Lethbridge overdose prevention site and advocates are suing over the provincial government’s new “recovery-oriented SCS regulations”, which increase barriers and violate the Canadian Charter of Rights and Freedoms.

When creating policies and guidelines for services for persons who use drugs, peer voices need to be heard. People who use drugs need to be a part of the conversation in order for this crisis to end. As mentioned by Albertans for Ethical Drug Policy, Alberta has entered the worst phase of its overdose crisis. Knowing that there has never been an overdose fatality at an SCS in Alberta, we need to fight for these services to save more lives!

Thanks to Albertans for Ethical Drug Policy who released this statement that inspired me to write this blog post.

Kathleen Larose is a problem solver with 10 years of experience in the non-profit sector. As a woman with lived experience of family addiction, she is passionate in challenging the status quo and helping shape drug policy in her community and different regions of Canada. Her journey in helping marginalized populations started on the streets of Calgary and later developed in Vancouver, Kamloops and Montreal. For the past decade, she has also led several outreach programs, developing peer-led groups for women living with HIV and people who use(d) drugs.