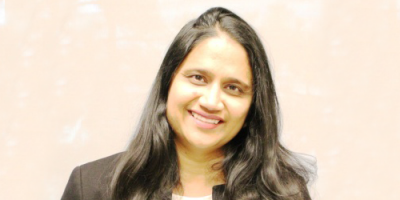 I feel like a historian sometimes, when I reflect on each meeting or conference session’s proceedings that I have attended internationally, nationally and locally on the topic of HIV self-testing in the past decade or so. I can see patterns in behaviour, consonance and dissonance of thought, speech and action, and I am left in awe and wonder why we humans don’t end up doing the right thing for other fellow humans in need. For key populations, who need our voice to get the products and services they so rightly deserve.

HIV testing is offered in many healthcare facilities. But some individuals would not wish to get tested in a healthcare facility even if you offered them a free trip to Mars funded by Elon Musk. Some would trek to the nearest healthcare clinic to get a free HIV test. But there are many who would fear the potential stigma, discrimination and judgment of accessing a test in a clinical setting, especially men, trans people, racialized and Indigenous populations or adolescents. Individuals may also find it hard to get time out of work or stand in a beeline for hours, being seen by others.

Recognizing these impediments, the World Health Organization (WHO) in 2016 recommended HIV self-testing as a complement to the conventional testing strategy. This prophetic recommendation had a catalytic effect on the HIV self-testing field and led to many strategic initiatives funded by prominent global agencies. Subsequently, the Bill and Melinda Gates Foundation negotiated a very reasonable $2 price point on each oral self-test (the most popular HIV test globally), to make it an affordable reality for all in the African subcontinent.

My story of HIV self-testing began in 2009, when I worked on developing a digital self-testing strategy. We named it HIVSmart!.

HIVSmart! is an open-access application for smartphones and tablets, which complies with the U.S. Health Insurance Portability and Accountability Act (HIPAA), is anonymized, and connects the self-tester to care. Funded by Grand Challenges Canada, a branch of the Canadian government, it was envisioned as a global digital strategy to assist any self-tester to conduct HIV self-testing, test storage, risk staging and getting linked to counselling and care with a nearby healthcare professional or clinic.

HIVSmart! is available for a download with a QR code and is ready for scale-up in Canada and fast-track cities and for countries worldwide. The app has been recently tested in South Africa (2013, 2017-2018) and among Canadian men who have sex with men (2016-2017). While linkages to counselling and care remain the Achilles heel of HIV self-testing, we managed – contrary to speculation – to generate useful data (currently undergoing peer review) with it.

Figure: HIVSmart!, an app-based program for HIV self -testing has been successfully tested in thousands of individuals in Canada and South Africa, and is funded by Grand Challenges Canada.

The obstacles to adoption

In my decade of experience with HIV self-testing, working across global and domestic settings and with diverse global and national health agencies, I have observed a few behaviours when the concept of HIV self-testing is introduced for the very first time. Medical and laboratory systems and workspaces are tightly controlled in every country. The idea of patient empowerment reads beautifully on paper, but elicits discomfort. I have some theories as to why.

HIV self-testing starts by being viewed as an unnecessary disruption to the status quo.

If I were to catalogue the chronology of reactions (and this is purely observational), they include:

Exchanges on the what, why and how have become repetitive to an HIV self-testing academic veteran like me, no matter the audience, the meeting or the setting. Sometimes we need a pranayama (breathing) exercise to reduce stress levels caused by needless arguments that have been sort of settled before.

In contrast, when the audience in meetings is exposed to global research evidence from the 300 odd peer-reviewed studies, 60-plus guidelines and 12-15 cost-effectiveness analyses issued in favour of HIV self-testing, then enlightened conversations flow.

After reviewing the evidence, HIV self-testing is then viewed as a democratic equalizer. It is then realized that this empowering strategy may help bring 14 percent of individuals in Canada, and 19 percent of individuals worldwide who are living with undiagnosed HIV infection, to get tested in their private spaces. So often from reluctance comes an acceptance of the truth: that we need a patient-centred, proactive, convenient, portable and flexible strategy that fits into individuals’ lives.

The real meaning of empowerment is to give power to the people. That means letting go of one’s control to benefit the greater good. Once that realization sets in, the real conversations happen. Roads, bridges and overpasses are discussed to integrate this “new” strategy – rebranded as innovative or novel (not anymore!) – within healthcare systems. Discussions then follow on sustainable service delivery models, business models, digital innovations and affordable pricing to make HIV self-testing a lasting reality.

Now that HIV self-testing is expected to be approved in Canada imminently, will we ever get that elusive price point that will help us reach every Canadian who wants to get tested, much like a pregnancy test?

To truly democratize testing in my utopian Canada, how about we consider these options:

With these strategies, HIV self-testing can be offered on a level playing field and help set a precedent for self-tests in development for other diseases that will follow in HIV’s footsteps in the near future.

When all this happens, I will not be able to hide my smile, for my public health wish for all Canadians would then have come true.

Thanks to Nandi Belinsky for her comments and suggestions on this blog post.

Nitika Pant Pai, MD, MPH, PhD, is an associate professor in the department of medicine at McGill University and a research scientist at the Research Institute of McGill University Health Centre in Montreal, Canada. She has a decade of experience in the design and conduct of implementation research with rapid point-of-care technologies for HIV and related co-infections including self-tests and multiplexed technologies.