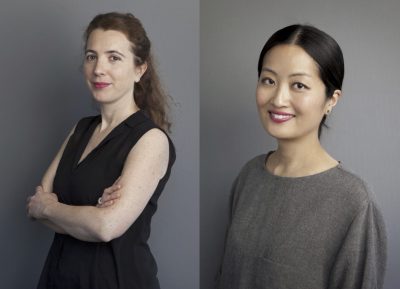 Indigenous people in Canada are disproportionately affected by HIV, representing 10.8 per cent of new HIV infections and 9.1 per cent of people living with HIV in Canada.[1]  In Saskatchewan alone, the number of Indigenous people living with HIV is around twice the national average and the highest in Canada and “one of the few places in the industrialized world where people are still dying from AIDS and HIV.”

Lack of access to HIV treatment and care among other complex factors contributes to these alarming rates: in many rural or remote areas, HIV-specific services are simply not available, or the small size of the community creates concerns around confidentiality for those accessing care. Indigenous people in Canada — many of whom are surviving a legacy of colonization and the intergenerational effects of residential schools — continue to experience systemic discrimination and extremely high rates of incarceration. In this context, the criminalization of HIV non-disclosure may be perceived as yet another form of institutionalized violence and discrimination, amplifying the negative impact of the HIV epidemic on Indigenous communities.

With more than 180 people charged to date, the criminalization of HIV non-disclosure remains one of the most pressing issues for people living with HIV in Canada. It is of particular concern to people who cannot access medications or health care, or who are in abusive relationships and/or cannot achieve a low viral load, safely impose condom use or disclose their HIV status to sexual partners.[1] While the criminal law is a blunt instrument to deal with complex issues such as disclosure or the root causes for HIV in Indigenous communities, it is the law in Canada, and it is important for people living with HIV to become familiar with this law and have access to culturally appropriate resources so they can make informed decisions about their sexual lives.

The criminalization of HIV non-disclosure also raises particular issues for Indigenous communities including how the “Gladue Principle” — which requires sentencing judges to consider the unique systemic or background factors that bring Indigenous people into contact with the justice system— may play out in the context of HIV-related prosecutions. The need to address the unique and complex issues Indigenous people living with HIV face is why the Canadian HIV/AIDS Legal Network and Canadian Aboriginal AIDS Network worked together to produce a legal information guide on HIV disclosure specifically for Indigenous communities. We urge people to read the guide that was released in September 2016 and is available online in both French and English.

Cécile Kazatchkine works on issues related to the criminalization of HIV non-disclosure, drug policy, and privacy. She prepares interventions before Canadian courts and provides technical assistance internationally on issues related to HIV and human rights, especially in West Africa. She has led the development of two online resource kits on HIV criminalization — one geared to international defence lawyers and another to Canadian service providers. She is also a co-producer of the Legal Network documentary Positive Women: Exposing Injustice.

[2] The law might evolve or be applied differently depending on available medical evidence in a particular case. But based on the current state of the law, it is safest to assume that you have an obligation to disclose before