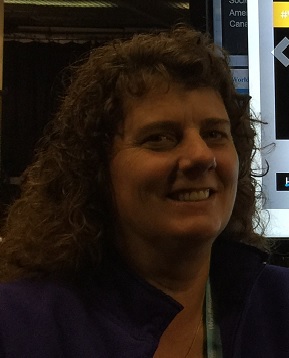 My daughter has a smartphone cover that says: “We’re all mad here”. It’s from Alice in Wonderland. I like it; and when it comes to hepatitis C treatment and pricing, it’s quite on point.

And there’s not just one cure. By 2015, there were two on the market with more cures in the pipeline. People living with Hep C were going to get cured and have their pick of treatment, too! There were parades. There were parties. And for the thousands of Canadians who know they have hepatitis C, there would be relief. But then those in the parade were hit with the price bomb. And what a price bomb it was! Coming in somewhere around $55,000 to $70,000 per patient, the hepatitis community collectively threw up (and not from the interferon) and asked, “WTF?”

Before the parade even hit main street, governments were scrambling to figure out how and who to treat at that price without bankrupting their health budgets, private payers were backtracking out of being ‘first payers’, advocacy groups cried and pharma… well, at least they enjoyed the parade.

How is it that we have become a society where medicine can cost up to $1,000 per dose, and we allow it to happen and continue to tolerate it? Well, here’s how it was allowed to happen: Canada has an outdated, problematic pharmaceutical pricing system that is based on factors such as efficacy, side effects and overall cost savings to the health system if a cure is achieved. In simplest terms: hepatitis C treatments are highly effective, have minimal side effects and are much cheaper than treating liver cancer and liver transplantation. Thus, these treatments were able to roll in at an astonishing $55,000 price tag in Canada. Thanks, Patented Medicines Price Review Board (PMPRB)!

So we have a woefully flawed system with the PMPRB, and someone ought to do something about that, right? Well, yes. And Action Hepatitis Canada is calling on the Government of Canada to review and update the frameworks it uses to set pharmaceutical pricing. But we also need to talk about why Canadian society is willing to tolerate a $55,000 cure − a price that would make pharma rich beyond their wildest dreams while likely bankrupting several public health budgets, and – this is important – set a very dangerous precedent for future cures?

We must call pharma to task in the corporate greed department. Where is the ethical line between having the right to make a good profit for the shareholder and taking advantage of desperate Canadians who will beg their MPs, their physicians and their private payers to pay whatever it takes to get that cure?

Advocacy groups are asking for more treatment access, while governments and private payers are shaking their heads at such high costs for so many people. Meanwhile, the pharmaceutical companies aren’t even sitting at the negotiating table; they haven’t been asked or been compelled to do so. Pharma also has successfully side-stepped the stomach-turning decision of who shall be treated and who shall be turned away; that unfortunate job lies with the federal, provincial and territorial governments and private payers. Why on earth is the government willing to do what surely must be the grossest of work on behalf of pharma?

A better system for Canada is one in which pharma, government, private payers and patient groups are all sitting at the negotiating table together. I dream of a system where everyone works hard to ensure that our collective good is achieved: pharma makes a bit of coin, governments aren’t forced to make horrific treatment decisions based on arbitrary things like stage of fibrosis, private payers pay their part, and every Canadian with hepatitis C breathes easier because treatment for him or her truly is right around the corner.

Read more on AHC’s call for:

Patricia Bacon is the chair of Action Hepatitis Canada (AHC). AHC is a national coalition of organizations responding to hepatitis B and C. Its work engages government, policy makers and civil society across Canada to promote hepatitis B and C prevention, improve access to care and treatment, increase knowledge and innovation, create public health awareness, build health-professional capacity and support community-based groups and initiatives.