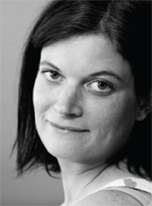 Three decades of awareness campaigns have instilled a very clear and consistent message to the public: condoms are the most effective way to prevent an HIV infection.

So what happens when a new prevention method emerges – and it is also highly effective?

In recent years, multiple studies have confirmed that maintaining an undetectable viral load through the consistent and correct use of antiretroviral treatment (ART) by people living with HIV dramatically reduces the risk of HIV transmission. The reduction is so great that ART can now be offered as a highly effective HIV prevention option.

The same is true for pre-exposure prophylaxis, or PrEP. Studies now show that the consistent and correct daily use of the anti-HIV drug Truvada by an HIV-negative person can dramatically reduce their risk of acquiring HIV. Although PrEP is not (yet) approved in Canada, it is currently being prescribed off-label as a highly effective HIV prevention method.

While these new prevention options are welcome news for both HIV-positive and HIV-negative people, they have created dilemmas for HIV educators.

In an attempt to balance these concerns, messaging around new prevention options has been cautious. Benefits have been described alongside a litany of factors that could reduce effectiveness in the real world. Effectiveness has been communicated vaguely and sometimes inconsistently, using different numerical and qualitative values.

While this caution is not misplaced, it has sometimes resulted in confusion among HIV educators and people living with and at risk for HIV.

In focus groups conducted in 2014 for a study called the Resonance Project, gay men across Canada reported having different and sometimes conflicting understandings about the effectiveness of new prevention options. While some believed that undetectable viral load and PrEP were highly effective at preventing HIV, others had very little confidence in their effectiveness. Of particular concern, it was HIV-negative men at higher risk of infection who tended to have the lowest levels of knowledge. In separate focus groups, HIV educators and other service providers also told us they need clear and reliable information they can deliver to their clients.

What these focus groups told us is that communities affected by HIV need clear and consistent messaging about the effectiveness of prevention options, including undetectable viral load, PrEP, and also condoms.

To meet this need, CATIE has reviewed the evidence on these three HIV prevention methods. Based on the literature, we have published individual statements outlining the effectiveness of each strategy and how service providers can communicate this knowledge to their clients.

How do you communicate the effectiveness of condoms, undetectable viral load, and PrEP? Are they highly effective? Will these tools help you in your work? What other information would be helpful for clients to know? Share your ideas in the comments below.

Laurel Challacombe holds a master’s degree in epidemiology and is currently Associate Director, Research/Evaluation and Prevention Science at CATIE. Laurel has worked in the field of HIV for more than 15 years and has held various positions in both provincial and regional organizations, working in research and knowledge transfer and exchange.