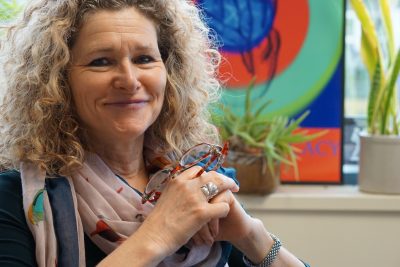 Recently I was asked to speak at an event organized by Alex McClelland and Nicole Greenspan called “Where Do We Go From Here? AIDS Organizing, Services, Bureaucracy & the State.” The event aimed to address a number of questions, including:

(Foucault was a brilliant philosopher and gay man who died of AIDS in the bad old days at the beginning of the epidemic. His theories focused on how power and knowledge are often used by societal institutions to manipulate and exert social control. He has a well-deserved academic and activist following.)

Although I think Foucault’s contribution to critical thinking has been invaluable, I am not an academic, but a “do-er.” My way of making a difference is to roll up my sleeves and do my best to move things along in the right (or left) direction. I hold the basic assumption that everyone is fundamentally well-intentioned and can be brought around with some effort.

Although I didn’t hesitate to accept the request for me to speak on a panel about “integration and austerity,” I did so with some trepidation. For I know that sometimes in our movement, our frustration with very real systemic barriers to social justice sometimes causes us to lash out at those in the room, even though they are allies. The backgrounder sent out to presenters in advance stated that “grassroots social movements are constrained by various factors, to transform over time from voluntary and activist-driven responses to become stable professions for those involved, leading to expert- and manager-led hierarchical organizational formations.” After all, I lead a stable, hierarchical organization (and am proud to do so!).

Despite my worry, I was pleasantly surprised. The day began with a passionate and informative presentation by Gary Kinsman, a professor and co-researcher with the AIDS Activist History Project. He showed slides of AIDS Action Now! demonstrations and told stories of the early days of AIDS advocacy – it really helped to set the stage.

I told four stories; the first three were about different experiences I have had in my various positions in the sector when I experienced resistance to integration that, in my view, was a disservice to individuals living with or at risk for HIV.

The first was in 1987 when I was working with street youth and having difficulty with my board and other youth agencies in setting up needle/syringe exchange, condom distribution and other HIV/AIDS prevention and support programs. There was resistance to integrate HIV (then called AIDS) services within youth services. (“If we don’t talk about it, maybe they won’t do it!”).

In 1993 I was working for a major Toronto ASO and some staff didn’t want to provide service to a straight poz male who injected drugs – I was told “he doesn’t fit in here”; they had no plans to change their approach so he could fit in, nor inter-service relationships to refer him to an agency that could meet his needs.

I also spoke of CATIE’s challenge in modifying our board bylaws to ensure that we had the voice of a person with lived experience of hepatitis C. My position was that if we agree with GIPA/MIPA, we should apply the same principles to doing Hep C work. Our efforts to uncover similar board policies in other HIV and Hep C organizations came up empty-handed – there wasn’t a single organization that had board policies ensuring this lived experience on their board, even among hepatitis C organizations! (This was a few years ago and may be different now.)

Finally, I spoke of one of the stellar examples in the country of an ASO that has fully embraced integration in the spirit of serving those in their community in need. ASK Wellness (formerly AIDS Society of Kamloops) has over the course of seven years grown from a staff of six to a staff of 80 by providing housing and employment services through partnerships with local landlords and employers. They changed their style of advocating for their clients to that of facilitation and mediation for the community; “leaving no one behind.” They help landlords cope with tenants with mental health challenges, thus increasing the housing stock rather than alienating local businesspeople who share a common interest in the health of their community. ASK Wellness has helped marginalized members of their community move from “streets to housing to health to employment.” They didn’t let austerity or fears of diluting the HIV response get in the way of their moral imperative to make a difference for marginalized individuals in their community. We are all acutely aware of the impact of the social determinants of health, but how many of us actually do something about it?

Among the many good presenters, one stood out for me. Terra Tynes, a young woman working as a community support worker with the Toronto Community Hep C Program. She spoke about her years of substance use and how Zoe Dodd, a harm reduction worker at South Riverdale Community Health Centre, welcomed her into a support group. Terra is a mom and an advocate for people living with Hep C, people with HIV, people who use drugs, and sex workers. She was articulate, genuine, passionate and 100% inspiration.

The approximately 100 delegates were engaged and the day was full of stimulating discussion. For me, the most interesting question posed was from Ted Kerr, an Edmonton-raised writer and organizer currently working in New York. “How do we radically redistribute our resources? If we thought of ourselves as a community, not just a collection of ASOs with boundaries and independent budgets, how would we spend our collective resources?”