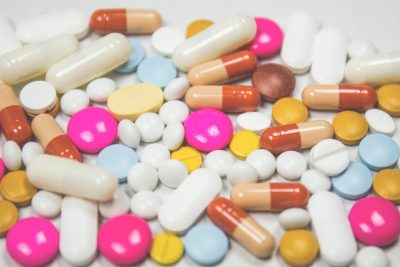 We’re in the midst of an HIV prevention revolution. Over the past few years, we have gained new tools and knowledge to prevent HIV, from pre-exposure prophylaxis (PrEP) to the knowledge that an undetectable viral load dramatically reduces the risk of transmission.

So where is the excitement, especially in communities hardest hit by HIV? In Canada, gay and bisexual men are 71 times more likely to become infected with HIV than other men. Why aren’t these new prevention strategies being shouted from the rooftops of more organizations that serve gay men?

Well, part of the reason is that service providers are grappling with the rapidly changing HIV prevention landscape. They are trying to convey increasingly complex sexual health information in a way that resonates with gay men and the context of their lives.

I learned this through a series of focus groups and telephone interviews I conducted with 30 gay men’s service providers in Vancouver, Toronto and Montreal between December 2013 and July 2014. An initiative of the Resonance Project, we wanted to find out how service providers are succeeding and struggling to meet the challenges of new HIV prevention knowledge.

Service providers told us they need guidance around the range of new prevention options that are now available. They specifically mentioned the lack of consensus around the prevention messages related to undetectable viral load and PrEP, and the complexity of the information they are attempting to absorb and convey.

Viral load and even CD4 count or undetectable. Those are the terms that clinical people use and they haven’t translated well down to community level… When I first heard it, it’s just like, “what is this mumbo-jumbo term?” So I need to understand it first before I can actually say it… (Toronto service provider)

The basics, HIV transmission, I’m able to respond to that. I’ve been working in the field for a long time… On the level of PEP, PrEP and that which is new, I have to think before being able to respond, to be consistent in messaging. (Montreal service provider)

We’re not all on the same page sometimes. So that’s an issue. If we had more chance as a team just to sit down and share all the information we have… (Toronto service provider)

So many of us are still squabbling, fighting over things that should have been figured out years and years and years ago. We have some cleaning house to do as a community, as people who work in HIV prevention in gay men’s health. (Vancouver service provider)

In general there’s just a real lack of consensus on a lot of new biomedical reasoning. A lot of the research in the last five to 10 years has thrown a lot of different, potentially innovative and interesting ideas about HIV prevention, but very diffused and uneven uptake of those things by public health, which is traditionally a very conservative institution. And in community, there’s just such a diverse set of perspectives and attitudes around these things that we can’t really make up our minds how we feel about PrEP, how we feel about treatment as prevention. (Vancouver service provider)

I really like having very clear and simple directives. So knowledge translation for me is key; capacity building is key. (Vancouver service provider)

Service providers were quick to describe the challenges they face and to raise a number of critical questions. But in any qualitative research project, it is just as interesting to note what people don’t raise as a topic as it is to analyze what they say. This left me with a number of critical questions, which build on the ones brought up by service providers themselves:

As they are struggling to figure out how to incorporate new knowledge into their prevention work, service providers expressed a need for capacity building, strategies and tools to support their work. But clearly, the responsibility for leveraging the power of the HIV prevention tools we have at our disposal today doesn’t rest solely on the shoulders of service providers working in HIV and gay men’s health.

We could just as easily raise questions about the leadership of public health and healthcare institutions. For example, why aren’t health authorities and professional associations not actively engaged in endorsing, promoting, adopting and scaling up access to today’s range of powerful HIV prevention tools? Indeed, many of the challenges raised by service providers are directly related to—and created by—the lack of action from these stakeholders.

However, as people working on the front lines of HIV and gay men’s health, we also have some self-reflection to do. We have to ask ourselves some difficult questions.

Whether you’re involved in HIV prevention, gay men’s health, or are a gay man yourself, what do you think explains the lack of excitement for this HIV prevention revolution? What can we do about it? Share your thoughts with us in the comments below.

Marc-André LeBlanc has worked in the community-based HIV movement for over 20 years at local, national and international levels. Much of this time has been spent advocating for the development of new HIV prevention options. Marc-André enjoys movies, ice cream, popcorn, and taking full advantage of the range of available prevention options. Ideally, all in the same evening.